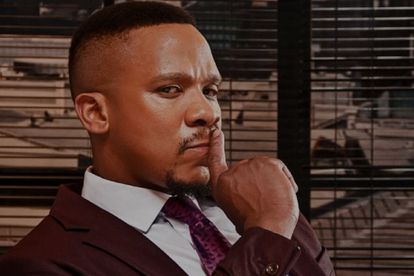 Former ‘Scandal’ villain Bongile Mantsai has bagged a lead role as a pastor in a new SABC1 series. Image via @bongilemantsai/Instagram

Former ‘Scandal’ villain Bongile Mantsai has bagged a lead role as a pastor in a new SABC1 series. Image via @bongilemantsai/Instagram

South African actor Bongile Mantsai has bagged the lead role in a new SABC1 series titled Identity. The show is set to start on 8 May.

In it, the multi-award-winning former Scandal actor – who played the role of Mthunzi Mayiza, a villain – will play a pastor, a case of art imitating life as he is a preacher in real life.

According to entertainment commentator Phil Mphela, viewers will see Mantsai take on the role of a pastor. This will show the star in a new light as fans are familiar with him playing hardcore villainous roles in other shows.

The series synopsis reads a bit like the Bourne films. But to bring it back home, it almost appears to be a Hlala Kwabafileyo spin-off – a classic 1980s IsiZulu drama series that aired on SABC 1 with TV veteran Don Mlangeni Nawa (Zebedee Matabane in Isidingo) as the lead actor.

In Identity, Mantsai is a pastor-turned-cop who goes missing. He is presumed dead, only to wake up in a hospital in Hillbrow with amnesia. He then goes on a quest to rediscover his identity.

MANTSAI’S ROLES IN OTHER SHOWS

In Scandal as Mthunzi, he became the guy who took down and killed the mighty Siseko Langa, played by Hlomla Dandala after kidnapping him. He then went on to marry his daughter Xolile (Sive Mabuya) in order to be a step closer to reaching his goals of taking their wealth.

Mantsai’s other role is that of Mkhuseleli (MK) in season two of Mzansi Magic’s The Republic. In the political drama series, he is a conniving deputy president (formally Minister of Police) of South Africa who is plotting to succeed President Mulaudzi (Florence Masebe). After taking the presidential seat, MK orders everyone around and uses vulgar language when he addresses the cabinet.

Before moving to the small screen, the 40-year-old actor was well-known for his roles in the film industry. He has won a SAFTA Golden Horn for Best Supporting Actor in a Feature Film for his role in the 2017 film Inxeba: The Wound.