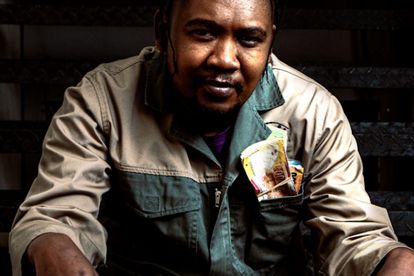 Mpisi who joined Gomora in season one to play the role of London is currently going a very tough time with Don (Israel Zulu).

He feels threatened and replaced as the leading hijacker in the township because everyone prefers Don’s ideas over his.

London got drunk last week, beat up a guy at the tshisanyama, and ended up shooting him dead.

Things got worse for him when he got arrested last week for the murder of the unknown man.

The August teasers reveal that Don will accidentally shoot MamSonto who will end up in a coma and that one family will say goodbye to their loved one on 31 August.

The teasers also reveal that Don will shoot London in one of their public feuds.

Israel Zulu who plays Don and Connie Chiume who plays MamSonto are permanent cast members of the show whereas Mpisi isn’t.

It is unclear if the dying character is London or MamSonto at this stage.

Mpisi will be joined by actor and politician Fana Mokoena who will play his father Vukile Kubeka and his wife Nomvula will be played by ‘Rhythm City’s‘ Slindile Nodangala.

The Kubekas started out as waste pickers until a dodgy opportunity presented itself and the family now owns uThuli Waste which has become a very successful business.

Mpisi’s character Zenzele is the last born of the Kubekas, spoiled rotten and a trouble maker just like his character on Gomora.