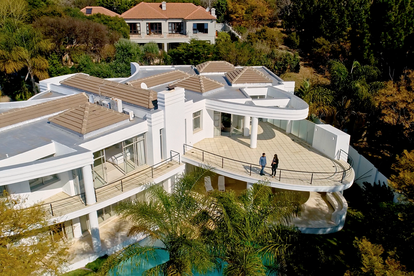 The six-part series will exclusively air on BBC Lifestyle this June.

Listing Jozi allows viewers to peek into the affluent homes of Johannesburg, from the opulent suburbs of Waterfall, Dainfern, Morningside, Hyde Park, Strathavon and Meyersdal and the central financial district, Sandton to everywhere in between.

Following a dynamic team of high-end brokers, viewers get the chance to see what it takes to successfully list and sell multimillion-rand homes in Jozi, following those who are building successful careers in the business, to others already at the top of their game. The series also provides a glimpse at the influential buyers and sellers from the world of business, sport, television and property as they search for their next purchase, with properties ranging from R5 million to over R60 million.

Pierre Cloete, commercial director for branded services, Sub-Saharan Africa at BBC Studios says “Listing Jozi is a fantastic addition to BBC Lifestyle, joining our fresh line-up of local content every Wednesday. With an exclusive peek into some of Jozi’s high-end homes, humour and lots of hustle, I’m thrilled to be working with AlternaTV to bring their brilliant production to audiences in South Africa”.

Meanwhile, Nico Nel, founder and content director AlternaTV said: “This is our very first, solely owned and produced reality show that we are immensely proud of. As if 2020 could not have been any more challenging, we decided to venture even further down the rabbit hole of financial uncertainties and continued to commit to and produced a first of its kind, entertaining glimpse into the lives of some of Joburg’s biggest names in the real estate game”.

Trevor Kaplan, co-producer of Listing Jozi said: “We are extremely fortunate to have crossed paths with a handful of very talented and successful agents for this season of Listing Jozi, as each brings a truly unique dynamic to the show.”

Listing Jozi will exclusively air on BBC Lifestyle (DStv channel 174) from 16 June at 20:00 as part of BBC’s fresh local offering every Wednesday following on from brand new Come Dine With Me South Africa. Listing Jozi will also be available on catch-up for 30 days.