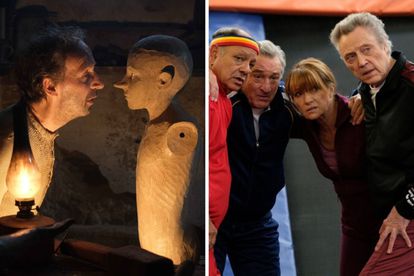 From Midsommar, Pinocchio, Freaky, Run, War With Grandpa, Becky, the Blade boxset and so much more, here are seven of the best international movies on Showmax this August.

In Midsommar, a troubled couple travels to a rural Swedish town’s fabled midsummer festival, but what begins as an idyllic retreat quickly devolves into an increasingly violent and bizarre competition at the hands of a pagan cult.

Written and directed by multi-award-winning director Ari Aster (Hereditary), Midsommar won five 2020 Fangoria Chainsaw Awards, including Best Wide-Release Film, and 21 other accolades around the world.  “If you’re looking for the scariest movie ever shot in blinding sunlight, the raw and riveting Midsommar is it,” says Rolling Stone.

Midsommar has an 83% critics rating on Rotten Tomatoes, where the critics consensus says, “Ambitious, impressively crafted, and above all unsettling, Midsommar further proves writer-director Ari Aster is a horror auteur to be reckoned with.”

Pinocchio, based on the beloved fairy tale by Carlo Collodi, stars Oscar winner Roberto Benigni (Life is Beautiful) as the old woodcarver Geppetto, whose puppet creation, Pinocchio (newcomer Federico Ielapi), magically comes to life. Naive and curious, Pinocchio tumbles from one misadventure to the next as he is tricked, kidnapped and chased by bandits on his quest to become a real boy.

Directed by BAFTA-winner Matteo Garrone (Gomorrah), Pinocchio was nominated for two 2021 Oscars, for its costume design and makeup and hairstyling. It’s also won 19 awards around the world and holds an 83% critics rating on Rotten Tomatoes, where the critics consensus reads, “Sticking closely to Carlo Collodi’s original story, Matteo Garrone’s Pinocchio pulls every string to create a visually stunning film that proves some tales really are timeless.”

As with so many fairy tales, although it’s based on a children’s novel, Pinocchio can be unsettling and dark at times. Now dubbed into English, Pinocchio is recommended for ages 10+ by Common Sense Media.

Slasher comedy Freaky takes Freaky Friday to a whole new level when less-than-popular teenager Millie unintentionally switches bodies with the middle-aged serial killer terrorising her town. As the body count rises and the clock ticks down, Millie and her friends have less than 24 hours to stop Murder Barbie before the change becomes permanent…https://www.youtube.com/watch?v=yozW2Fw6Xf8&feature=youtu.be

Produced by triple-Oscar nominee Jason Blum (Get Out, BlacKkKlansman) and directed by Christopher Landon (who directed Happy Death Day and wrote four of the Paranormal Activity films), Freaky has an 83% critics rating on Rotten Tomatoes, with AV Club saying there’s “something oddly satisfying about unmasking a slasher movie to reveal the ’80s comedy lurking underneath.” As Slate says, “As strange as it may sound, Freaky is one of the 2020 movies that comes closest to being truly feel-good.”

The first female wheelchair-using actress to star in a suspense film since 1948, Allen won the 2021 Spotlight Award from the Hollywood Critics Association, with Paulson nominated for Best Actress at the 2020 Fright Meter Awards.

Run has an 88% critics rating on Rotten Tomatoes, with The Hollywood Reporter saying, “Dueling excellent performances from a deranged Sarah Paulson and spunky newcomer Kiera Allen make it hard to look away from the screen, not that the pacing of Chaganty and Sev Ohanian’s script allows much opportunity for distraction.”

Peter and his grandpa used to be very close, but when Grandpa Jack moves in with the family, Peter is forced to give up his most prized possession: his bedroom. Peter will stop at nothing to get his room back, scheming with friends to devise a series of pranks to drive his grandpa out. However, grandpa doesn’t give up easily, and it turns into an all-out war between the two.

War With Grandpa is recommended for ages 8+ by Common Sense Media, where they praise De Niro’s “charming performance” and say, “This impish comedy brings the whole family together with a nod to appreciating their elders just a little more.”

In Becky, a teenager’s weekend at a lake house with her father takes a turn for the worse when a group of convicts wreaks havoc on their lives.

Variety calls this, “lean, mean, nasty fun that will appeal to genre fans with hard-edged tastes” while The Globe and Mail says, “This is near-perfect slimeball cinema – a welcome kick to the head that should also reinvent James’s career.”

Calling all Blade fans – Marvel just gave us awesome news: production is due to start next year on the revival of Blade, with double Oscar winner Mahershala Ali (Green Book, True Detective, Ramy) as the iconic vampire hunter.

So what better way to celebrate than a weekend binge with Wesley Snipes in the cult comic book trilogy Blade, Blade II, and Blade: Trinity, all written by David S. Goyer (The Dark Knight, Batman Begins, Dark City), who directed the third instalment.