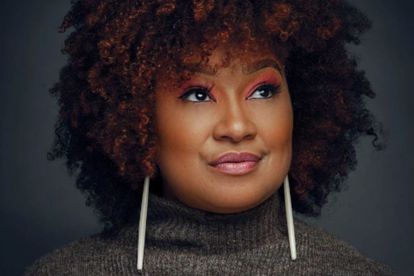 Seasoned House of Zwide actress Lois du Plessis, who plays Pearl on the e.tv’s fashion drama is also a singer.

The actress Lois du Plessis, who plays receptionist Pearl in e.tv’s House of Zwide started as a singer with Coca-Cola Popstars’ 2002 music group Afro Z, which is a band that was established after the winning group’s formation of 101.

“Every year Coca-Cola Popstars would form new groups and that forced us to diversify our career paths. I then took up presenting for a gospel show on SABC2 and that is when I met Israel Houghton,” said Du Plessis.

The singer-actress adds that the crowd screamed for her to sing and although she didn’t, six months later Houghton came back looking for her.

“Somebody called me to tell me that Israel was trying to meet me and that is how we connected and my life changed forever. I didn’t even audition for him because he said on the night that I asked the question, God showed him that I needed to be a part of what they were doing regardless of hearing me sing,” she said.

She travelled the world with the group for 12 years where she shared the stage with heavyweights such as Darlene Zcech, Mary Mary, Fred Hammon, etc.

“When I think about it, to this day I am still in awe about that period of my life. I used to see documentaries of artists in tour buses and to think that I was in five or six different buses touring is mind-blowing.”

PLAYING PEARL IN ‘HOUSE OF ZWIDE’

Du Plessis returned home in 2018 and started doing adverts, and theatre productions before landing the role of Pearl in e.tv’s House of Zwide.

“I had felt a strong urge to come back home but before that, I decided to use my remaining years in the US to their fullest. At that time the band was not travelling.

“Auditioning in New York was super tough but I learned a lot there. Realising that I needed to have money saved up for things like accommodation while auditioning, I ended up working at Amazon’s warehouse for almost two years,” she said, laughing.

“Coming home was also for my parents because they were older, regardless of having work lined up there. I just trusted my heart that I needed to come home. I came home in July and in December of that year, my mother had a heart attack,” she said, adding that her mother is recovering well.

She tells the publication that being part of fashion drama is a reintroduction to television for her and says it has been exciting.

“I started doing auditions and bagged a couple of commercials. I didn’t allow the nos to deter me from what I wanted to achieve and coming home I realised that I hadn’t arrived, regardless of having lived and travelled the world. I still had to start from the bottom, but starting from a place of knowledge and wisdom … that helped me reintegrate within the local industry,” she said.