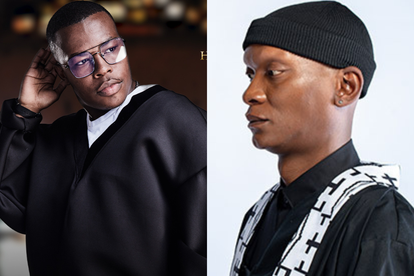 ‘House of Zwide’ actors Paballo Mavundla as Sandile and Warren Masemola as Alex Khadzi. Images via Twitter @TVSA and @etvHouseofZwide

‘House of Zwide’ actors Paballo Mavundla as Sandile and Warren Masemola as Alex Khadzi. Images via Twitter @TVSA and @etvHouseofZwide

Viewers of e.tv’s fashion drama House of Zwide want Alex Khadzi (Warren Masemola) to give Sandile (Paballo Mavundla) a job after Ona betrayed him by requesting her old job back at her father Funani’s fashion design company.

House of Zwide viewers are unimpressed with Ona’s (Nefisa Mkhabela) attitude this season and threw rotten tomatoes at her for betraying Sandile and taking her old job back at her father’s (Funani) company.

Ona won the title of fashion design assistant last season but declined the offer when she found out that Isaac, her adoptive father stole her from Funani (Vusi Kunene) and kept her identity a secret.

Sandile, who was the runner-up in the competition was thrown out of the internship house and became unemployed when the company had no positions for him.

When he finally applied for Ona’s old job, Ona changed her mind and asked her father to rehire…now fans want Alex to give Sandile a chance because Alex hates Funani as much as Sandile hates Funani and Ona.

“Sandile has every right to be angry, I would too not after I asked her periodically and she still said she is not interested but I guess in as much as it’s unfair but I guess blood is thicker than custard.”

“Taking the food out of Sandile’s mouth iyhoo Ona is annoying.”

“I hate the drama around Sandile’s storyline, I guess the writer wanted to show us how life fuck you up more when you’re struggling and in need of finances. Poor Sandile.”

“I feel sorry for Sandile right now. Alex should hire him and give Zwide a run for his money Ona and Funani must fall.”

“Looks like Ona is taking the designer’s assistant job, I want Alex Khadzi to hire Sandile and then deal with Ona and her dad.”