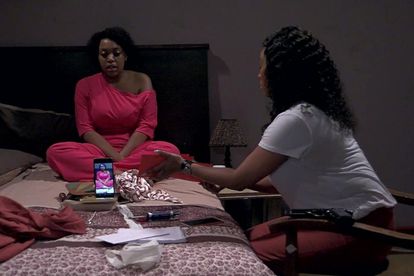 Skeem Saam audiences are fed up with Lelo’s doppelganger – Khwezi and want her to leave Pretty and exit the educational soapie.

WHY PRETTY AND LEHASA WERE PERFECT

Khwezi has proved that she’s not the right woman for Lehasa just like his villainous ex-girlfriend Lelo Mthiyane.

“#Khwezi is one of the worst actresses to ever be on TV! Please take her back to Natal.”

“#SkeemSaam I wouldn’t be surprised if Khwezi puts Pretty in a purse and leaves with her.”

“Hayi shame Lehasa surely knows how to pick them.”