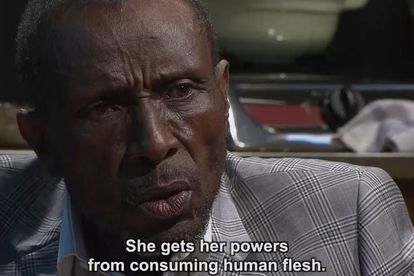 Has she finally exited Generations: The Legacy after such a short time?.

So perhaps the much-loved witchcraft storyline will just die down in September since Tshidi (Letoya Makhene), Ayanda and Lucy (Manaka Ranaka) are on to her.

They’ll be furious with Ayanda for ruining their plans to get her liver and gain power over her.

Luyolo played by Karabo Maseko is also not mentioned in September’s teasers.

Luyolo had a terrible August; he got suspended at work, he and Tracy broke up and he trended for punching Siyanda (Kay Sibiya) at the gym.

He also broke up with Sphe for getting him suspended at the hospital.

Kumkani will try to reach out to someone he loves and get pushed away continuously…is he apologizing to his wife Oby or his ex-wife Tshidi Moroka?

Also read:‘Generations: The Legacy’: Will Tshidi rescue Kumkani from Oby?