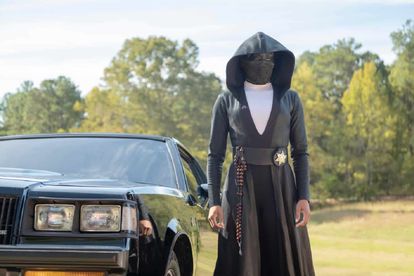 Content broadcast on DStv has been nominated for more than 120 at the 2020 Emmy Awards.

Among the shows with multiple nominations is The Daily Show, Comedy Central’s daily satirical dose of news and pop culture hosted and partly written by our own Trevor Noah. The Daily Show has a total of 6 nominations, that include Outstanding Variety Talk Series and Outstanding Writing for a Variety Series.

The most nominated show this year is HBO’s Watchmen, starring Jeremy Irons, which is nominated for 26 Emmys. Watchmen screened on DStv in late 2019 and is currently available on Showmax. Little Fires Everywhere, starring Kerry Washington and Reese Witherspoon, is nominated for 5 awards, including a Posthumous nomination for director Lynn Shelton who passed away in May. Modern Family’s Fred Willard also received a Posthumous nomination for a guest actor on the hit show. The season finale screened recently on M-Net and all 10 seasons are available on Showmax.

Other series with a slew of nominations include:

CEO of General Entertainment at MultiChoice Group, Yolisa Phahle says “It is a stand-out year for MultiChoice. There has never been a better time to be a TV fan. The quality of the shows being produced around the world is exceptional. We are delighted that so many of the shows we hand-pick for our viewers have been nominated. It is a testament to our commitment to bring DStv subscribers extraordinary entertainment across all genres.”

“Our customers can expect this level of programming to continue going forward, we’re committed to keep getting the very best entertainment for our valued customers,” concludes Phahle.

The 72nd Emmy Awards will be hosted by Jimmy Kimmel and broadcast on Sunday, 20 September 2020, with the Creative Arts Awards airing the night before. Check out the full list of nominees here.