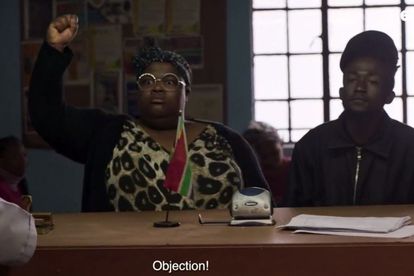 DiepCity’s Khelina (Lebohang Mpyana) is one of the most hilarious, and loveable characters on the show.

The actress Lebohang Mpyana has become a household name in just two months of playing her loveable character.

I was always part of the school plays during primary school and high school then I went to art school to further my studies in drama.

Now I play the character of Khelina and they all love her. I also love how loud and nosey she is.

She is a gossipmonger and playing that is very fun.

Viewers first met Sandra Stein (Shannon Esra) on The Queen when she was hired by the Khozas to defend Harriet Khoza (Connie Fergusn).

Harriet Khoza needed Stein to defend her for the murder of Jerry Maake (Shona Ferguson) who faked his death.

‘She hit a nerve’: Mzansi thinks Anele Mdoda was triggered by troll