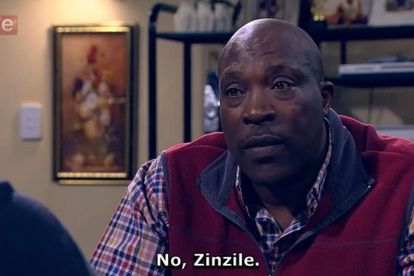 It is not a coincidence that Mlungisi Ngema (Patrick Mofokeng) died at the river like Romeo Medupe (Hungani Ndlovu).

Turns out he was right because Nhlamulo was hiding a lot of money in his bag which only he and Lindiwe knew about.

IS HE DEAD OR ALIVE?

Lindiwe (Nomvelo Makhanya) confirmed his death when she saw him by the river and insisted her fiancé not call the police because he just got released from jail.

It is unlikely that Mofokeng will resurrect from the dead like his former co-star Hungani Ndlovu who exited the show last year.

Also read:‘Scandal!’: Two shocking exists, betrayal and a wedding in one night