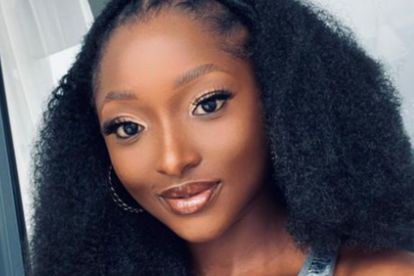 Talented actress Jessica Sithole – who is popularly known for playing Zweli’s Dikana’s second-wife Nyakallo in The River recently discussed her role as Nolo Makinta in Gomora.

Her latest character will debut tonight in the award-winning telenovela on Mzansi Magic.

The Bloemfontein actress who made her debut in The River a year ago will debut in Mzansi Magic’s Gomora tonight (17 May) as Nolo Makinta, a failed slay queen who’s been traumatised by men.

The 28-year-old actress tells Bloemfonteincourant that her character has been traumatized by all the things rich men have put her through.

She also tells the publication that her character’s disdain for men will draw her to Thathi (Katlego Danke) who’s also been wounded by men.

“What I love most about the character I will be playing, is that it is a challenge and a challenge for me is an impulse for growth.”

“Nolo is such an adventure for me and I’m enjoying the ride.”

“She is something new and different and this has allowed me to drill deeper within me, to work on my craft, and discover new ways and possibilities in order to deliver in the best way possible.”

PLAYING NYAKALLO IN ‘THE RIVER’

Sithole also tells the Bloemfontein publication that the biggest lesson she has had to learn was patience in the past year.

“The fact that I was on The River did not guarantee a free pass in the industry.”

“This for me was a time to hone my acting skills.”

Her character in the 1Magic telenovela The River was murdered by Zweli Dikana’s (Hlomla Dandala) first wife Lindiwe Dikana (Sindi Dlathu) while she and Zweli were on honeymoon.