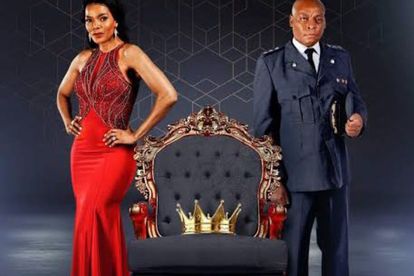 CANCELLED: ‘The Queen’ comes to an end after seven years on TV. Image via Twitter @PhilMphela

CANCELLED: ‘The Queen’ comes to an end after seven years on TV. Image via Twitter @PhilMphela

Mzansi Magic’s popular telenovela – The Queen will not be renewed for another season.

This comes after entertainment commentator Phil Mphela – confirmed that the show is being cancelled after nearly seven years on television.

MZANSI MAGIC: THE END OF AN ERA

The show which is produced by Ferguson Films will not be renewed for another season and will come to an end by December 2022 according to Phil Mphela.

The news come as a shock to #TheQueenMzansi on Twitter who are still coming to terms with the production for firing fan-favourite actor Vuyo Ngukula – who played the role of Schumacher.

Mphela announced earlier today (28 February) that the actor got fired over contractual disputes.

He also revealed that actress Brenda Ngxoli – who plays Noma on the show resigned over salary disputes.

ALSO READ:Phil Mphela calls out ‘The Queen’ for repeating scenes for weeks on end

Popular actress Brenda Ngxoli – who is known for playing Noma on the show called out Phil Mphela’s news that she resigned over salary disputes.

Ngxoli – who’s been with the show for three years stated that Mphela is misinforming the public over her ‘resignation’ on the telenovela.

“It’s been a month since you quit.”

“So now you are telling me what I did a month ago Mphela?

“What else did I do that I have no idea of?”

“Check your sources. I love @Connie_Ferguson @FegusonFilms for the opportunity and love.”

“She’s saying it’s lies and he is still not backing down.”

“Well did you quit or not? Set the record straight.”