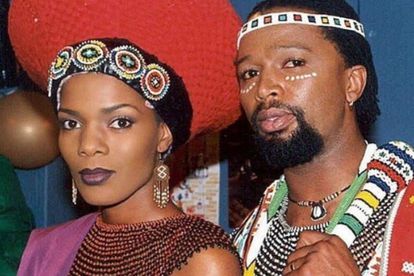 Actress, Sonia Mbele, who played the role of Ntombi Dhlomi on the show recently trended when realised fans still called her by her Generations character.

Ntombi exited the show more than five years ago and was married to actor, Menzi Ngubane, who played the role of Sibusiso Dhlomo.

The pair were Mzansi’s favourite on-screen couple, and viewers became even more attached to them when they had a baby named, Christina Dlhomo.

Also read: Sonia Mbele on ‘dating’ Menzi Ngubane and other revelations on ‘MacG’

Legendary actor, Seputla Sebogodi, who played the role of Kenneth Mashaba on Generations between 2005 and 2014 nailed his Sepedi-speaking character.

Sebogodi, who currently plays the role of Mohumi on 1Magic’s telenovela, The River is still referred to by fans as Kenneth Mashaba seven years later.

Viewers often tweet his hilarious one-liner “abore hwa” and the pet name he had for his on-screen wife, Dineo  “Dinny” Mashaba played by Katlego Danke.

Actress, Katlego Danke, who currently plays the role of Thati on Mzansi Magic’s telenovela, Gomora revealed in an interview with Power FM this past August that people still refer to her as Dineo Mashaba from her Generations role.

Danke’s character was married to The River actor, Seputla Sebogodi who played the character of Kenneth Mashaba.

The actress said she’s made peace with the fact that she will never shake off the role of Dineo after social media users commented on her revelation.

Ferguson Films creator and actress, Connie Ferguson, who currently plays the role of Harriet Khoza on The Queen got her big break on Generations as Karabo Moroka in 1994.

Fans of the popular SABC 1 soapie still know her as Karabo even after she exited the popular soapie more ten years ago.

Ferguson announced her exit from the show on 30 April 2010 and had her final appearance in the soapie in October 2010.