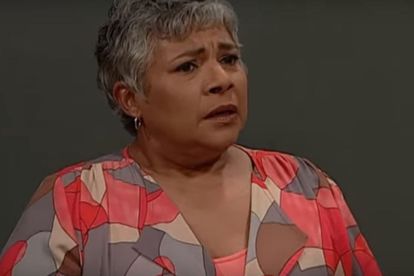 Legendary actress, Vinette Ebrahim, who is popularly known for her role of Charmaine Meintjies on 7de Laan, has joined the cast of M-Net’s telenovela, Legacy.

Ebrahim who played Charmaine Meintjies in the Afrikaans soapie for 19 years made her debut on M-Net’s telenovela, Legacy last night (20 October) as Marie Fourie.

The show’s publicist describes her character as a sweet, yet feisty receptionist who promises to be the nurturing mother to everyone at Brightside.

She will be working for Lexi, Sims (Lunga Shabalala), and Stefan (Sean–Marco Vorster) in their new company and is brought on board by Lexi Price (Jay Antsey).

Fans of the 64-year-old actress were delighted to see her on-screen since her exit from 7de Laan in 2019, and her guest appearance on kykyNET’s Binnelanders.

The star is the fourth actor after Nico Panagio, Andre Lotter, and Reandi Grey from the SABC 2 soapie to join the cast of the award-winning telenovela.

Ebrahim made headlines in 2019 when she slammed 7de Laan’s producers for ending her character after 19 years.

The actress stated that producers of the SABC 2 soapie told her they’ve run out of stories for her character.

She told producers it was a weak excuse and that they should hire better writers to develop her character.

“In long-running television series, it often happens that a character’s journey comes to an end.”

“After evaluating past and current storylines of 7de Laan it has transpired that all potential stories around Charmaine and Vivian have been exhausted,” the production said in a statement.