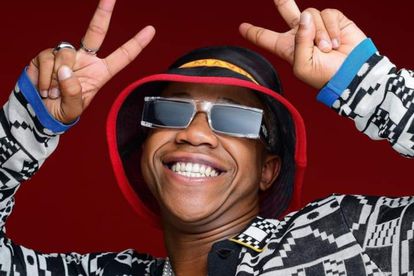 Almost a week after the release of his debut album Natumato, amapiano star Young Stunna is celebrating an exceptional milestone. He shared that his banger Adiwele featuring Kabza De Small has achieved the number one spot across local radio stations in South Africa.

Sandile Fortune Msimango popularly known as Young Stunna took to Twitter on Tuesday 26 October to share that his single Adiwele has achieved the number one spot across local radio stations.

According to the screenshot he posted on Twitter, the single has achieved 23.4 million impressions beating Zakes Bantwini’s Osama and De Mthuda’s Jola.

“Adiwele is number one on all radios, playlisted all around the world. Big blessing,” wrote the 21-year-old star.

Interestingly enough, the amapiano star is in the top five twice. Once for Adiwele and for Mellow & Sleazy’s Bopha.

Young Stunna is signed to Kabza De Small’s Piano Hub record label. Speaking to TshisaLive, he shared that a lot would’ve gone wrong if he didn’t listen to the amapiano giant.

“I spend a lot of time with Kabza De Small. I call him Papa, I call him my father. He treats us [the team working under the label] like we’re his children and makes us feel at home.”

“We’ve got that father and son relationship going on because he teaches us a lot.”

“He shows us everything. He makes us understand how everything is going to go and how you’re going to feel and when you go through it, you appreciate every moment remembering he told you about it.”

The young amapiano star received heaps of praise from Mzansi amapiano lovers after the album’s release.