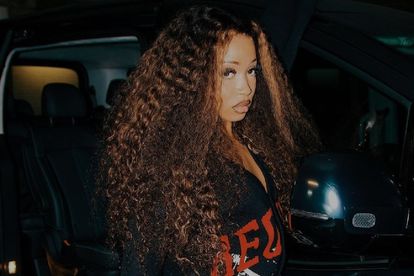 Uncle Waffles has scored a residency with BBC Radio 1. Image via @unclewaffles_/Instagram

Uncle Waffles has scored a residency with BBC Radio 1. Image via @unclewaffles_/Instagram

Since becoming a viral sensation in 2021, Swaziland-born amapiano star Uncle Waffles has caught the world’s attention with her superstar presence and dance moves. While on her international tour, the Tanzania hitmaker took to Twitter to share that she has scored a residency on one of the United Kingdom’s biggest radio stations, BBC Radio 1.

Uncle Waffles stole the world’s hearts in October 2021, when she posted a clip of her DJ set at Mine the Venue in Soweto. Nearly a year later, Waffles is touring the world and taking amapiano to the world.

Taking to Twitter on 31 August, Uncle Waffles shared that she has scored herself a residency on BBC Radio 1. The amapiano star will be playing some of the genre’s biggest hits every Thursday evening at midnight.

“So proud to announce that I will be joining BBC Radio 1’s residency as a host where I will be shedding the spotlight on the genre that changed my life; amapiano and some of its hottest songs date!” she wrote on Twitter.

Reacting to the amapiano star’s BBC Radio 1 residency, tweeps reflected on how far she has come since 2021.

Dudes tried to pull her down but she keeps shining,” wrote one tweep.

“They hated on this young lady so hard and now look. Good for her,” wrote another tweep.

“The greatest of all time and she did it in less than a year.”

“All from one video. This babe is really doing the damn thing.”

Uncle Waffles kicked off her summer tour in Europe on 2 July at Afronation in Portugal. Since then, she has performed in France, the Netherlands, the United Kingdom, Germany and Finland.

Taking to Twitter the amapiano star shared highlights of her first-ever gig in Germany and the energy was electric!