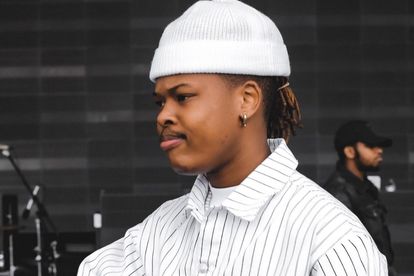 Award-winning rapper Nasty C released his Strings and Bling album in July 2018. Since the release of the album, the SMA hitmaker has accumulated over 20 million streams on Spotify. This is is the first South African hip-hop album to achieve this!

Nasty C’s Strings and Bling, released in 2018, served as his sophomore album. The 17-track album had all-star features and included the likes of Rowlene, Kaien Cruz and American rapper A$AP Ferg.

The album was certified platinum in May 2019 and received the Best Hip-Hop Album award at the South African Music Awards (Samas) the same year.

His smash hit SMA featuring Rowlene was nominated for Record of the Year the same year.

A Nasty C charts account took to Twitter on Wednesday 2 February to share that Strings And Bling had achieved over 20 million streams on Spotify. This comes after Nasty C’s, Zulu mixtape with DJ WhooKid hit the same milestone on Audiomack.

The award-winning album is the first South African hip-hop album to achieve this.

One fan wrote: “I still stream this album! Man, great work from the guy.”

“This album is one of the best albums we’ve had as a country,” wrote another fan.

WHAT’S NEXT FOR NASTY C?

Since releasing his single Jack in June 2021, Nasty C has collaborated with his DJ AudioMarc and Blxckie on Why Me? And Young Kay PTA.

The rapper has been quiet about his next move, but SA hip-hop fans are crossing fingers for a new album from the rap star.

Back on the ballot: Maimane to launch new political party

‘Muvhango’: Thieves break into actress’ home because of storylines

What is Pertussis? ALERT issued for ‘disease outbreak’ across SA