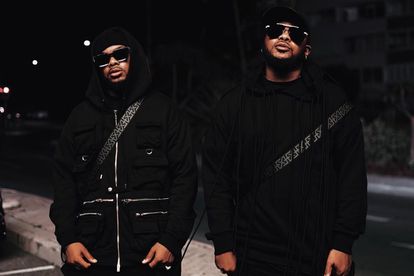 Major League DJz has taken the amapiano genre to extraordinary heights. The duo has travelled to countries like New York, London, Ghana and Amsterdam sharing the authentic sound with the rest of the world.

Taking to Instagram on Tuesday 15 March, the Dinaledi hitmakers announced that they have signed with American record label, Atlantic Records. Major League also revealed that late rapper Riky Rick played a critical role in the negotiations for the deal.

Atlantic Records is home to the likes of Bruno Mars, Cardi B, Ed Sheeran and Lizzo. Major League DJz are the first amapiano artists to sign with the American label.

“It’s been a crazy journey for your boys and we would love to thank every single person that has been behind us through it all. ‘Piano to the world’ was just a phrase that we believed in so much so that it changed our lives.”

“Thank you for our amazing team, thank you for believing in us and allowing us to lead you.”

RIKY RICK’S ROLE IN THE DEAL

Before his untimely passing, Major League DJz collaborated with Riky Rick on several tracks over the years. The brothers were also close friends with the late rapper.

Major League DJz thanked Riky Rick for playing a role in securing the role for them.

“We really wish you were here to watch it all unfold. Let’s do it like you would say: ‘Let’s Operate Boys.’”

Reacting to the exciting news on Twitter, many congratulated the amapiano giants for the achievement.

One tweep wrote: “As much as I like the sound, I honestly thought It’d be one of them phases. I was so wrong.”

“Another major landmark for the culture,” wrote another tweep.