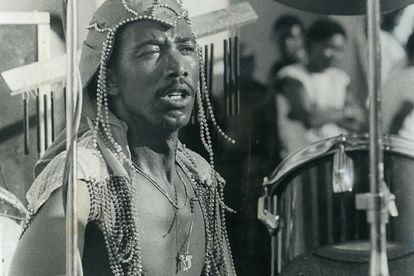 To celebrate its 95th anniversary, Gallo Music, which houses the largest collection of African Heritage music masters in the world, has released a six-part podcast series titled, Gallo Vault Sessions. The podcast series will explore the rich and complex musical history of Gallo Music, which is also the longest independent recording label in Africa.

Gallo Music is home to some of the continent’s biggest and most successful musicians including Ladysmith Black Mambazo, Sipho “Hotstix” Mabuse, Thandiswa Mazwai, Oliver Mtukudzi and Lucky Dube.

Produced by culture agency Konjo, Gallo Vault Sessions explores the black stories and overlooked tapes from the Gallo Music Vault and reflects on how music shapes culture and vice versa.

Each episode will be accompanied by a specially-commissioned DJ mix inspired by the focus of the episode.

Gallo Vault Sessions will not shy away from the difficult questions as it aims to explore the dance between socio-politics and the cultural moments in South Africa’s history – from radio censorship to race and more.

The series will also focus on the cultural influence of producers and talent scouts beyond the cultural boycott and the global explosion of local music right up to the new voices of the industry.

“This is probably one of the most important explorations of South African music in recent times,” said Gallo Music’s Marketing Director, Simu Mukuna.

“We wanted to bring the stories behind Gallo’s 95-year legacy as South Africa’s biggest and largest independent record company to life, but as we got deeper into it, it increasingly became clear that what we were doing was bringing South Africa’s musical history to life.”

WHAT TO EXPECT ON ‘GALLO VAULT SESSIONS’

The specially commissioned hour-long DJ mixes will be compiled by some of the country’s top selectors including Paul WaxOn, Vusi Hlatywayo, Naledi Chai and Abraham Mennen.

The series will be narrated by Kineta Kunutu and researched, produced and written by artist, researcher and DJ Zara Julius.