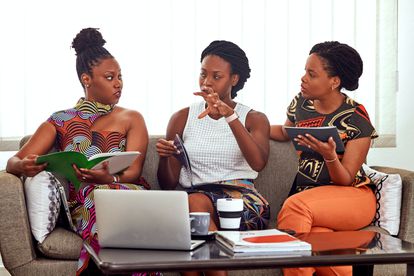 PLUS. The LGBTI+ Business Network was founded in 2017 – with the backing of America’s National LGBT Chamber of Commerce and the Other Foundation – as Africa’s first LGBTIQ+ chamber of commerce.

Supporting South African LGBTIQ+ businesses and entrepreneurs, in particular its members, is the core mission and vision of the organisation. It has hosted several successful networking events around the country, including four ground-breaking LGBTIQ+ Business Summits in Sandton, attending by leading corporations. A focus of the events has been to advocate for LGBTIQ+ inclusion in companies’ supply chains to promote inclusive economic growth.

PLUS also seeks to address the broader economic ecosystem to create a more inclusive business environment for South African LGBTIQ+ businesses and entrepreneurs and advocates for the review of empowerment and other policies in government and business that can unlock the potential of LGBTIQ+ entrepreneurs.

Identifying the challenges for LGBTIQ+ companies

Amidst a progressive legal and constitutional landscape for sexual minorities, LGBTIQ+ entrepreneurs and workers still face barriers to accessing economic opportunities across the business landscape. It goes without saying that this discrimination is based on negative views about sexual orientation and harmful perceptions about gender identity and expression.

For example, according to a 2016 Other Foundation report, seven out of 10 South Africans felt strongly that homosexual sex and breaking gender dressing norms were simply ‘wrong’ and ‘disgusting.’

While an LGBTIQ+ owned business may do well when it launches, this can easily change when the owner comes out, especially in some more conservative African markets. Being open about one’s sexuality or gender identity can lead to isolation and a decline in business.

Zimkhitha Guma, the Manager of PLUS, cites the example of a chef who ran a successful food business. “After he came out as LGBTIQ+, support for the business began to drop, showing that there is still a high level of discrimination against LGBTIQ+ entrepreneurs, which negatively impacts their business.”

The marginalisation is not only a current reality in South Africa but also is a historical problem. During the pre-democracy years, LGBTIQ+ people were criminalised, were even more likely to be socially stigmatised and had no protections against discrimination. For black entrepreneurs who are still grappling with economic exclusion and inequality created by Apartheid, being openly LGBTIQ+ can be a double whammy.

Guma believes that companies that don’t consider the LGBTIQ+ community do so at their own risk. They fail to build relationships with LGBTIQ+ consumers (who are estimated to represent up to R204 billion in spending power) and potentially miss out on LGBTIQ+ talented employees who will seek more affirming companies to work in.

“It is quite evident that a large number of businesses and companies have not seriously considered the economic costs and consequences of LGBTQIA+ stigma and discrimination,” says Gum. “This makes it an all the more important agenda to facilitate the implementation and inclusion of LGBTIQ+ people in government’s strategic plans and policy reviews.”

To understand the extent of the negative impact of LGBTIQ+ economic exclusion, we need to look at some statistics. According to a 2019 Williams Institute School of Law report, the economic cost due to LGBT stigma and discrimination in South Africa is staggering.

The report found that LGB gender nonconforming individuals in South Africa were less likely to be employed than cisgender people and that the salaries of gender-nonconforming gay and bisexual men were, on average, 30% lower than that of gender-conforming heterosexual men.

The institute calculated that this wage discrimination and underemployment related to sexual orientation and gender expression cost the country a whopping US$ 316.8 million annually.

The annual cost to the South African economy of health disparities experienced by LGBT people is estimated at US$ 3.2 billion to US$ 19.5 billion, while between US$ 10.5 million and US$ 64.8 million is lost because of sexual assault disproportionately experienced by LGBT adults.

In its call for corporate action, PLUS places great emphasis on “inclusive economic growth” and development approaches that “leave no one behind.” The organisation believes it is vital for government and stakeholders to review and implement policies that will create an enabling environment for LGBTIQ+ entrepreneurs to succeed.

Guma argues that regulations and policies should be drafted and implemented to ensure that 20% of suppliers are sourced by big business from LGBTIQ+ entrepreneurs or LGBTIQ-owned enterprises.

PLUS is working to build a vetted and comprehensive LGBTIQ+ suppliers database, which is accessible to affiliated corporates, one of the organisation’s biggest selling points for members. “We as PLUS will be ready to connect corporates with those entrepreneurs because they are already there,” says Guma.

Apart from big business, Guma also believes that government is not doing enough in working towards great LGBTIQ+ inclusion and participation in the economy.

“The government needs to get on board and seize the opportunity to create inclusive business and workplace policies that accommodate LGBTIQ+ entrepreneurs and professionals for a progressive economic landscape,”

PLUS further supports and advocates for workplace inclusion and the building of LGBTIQ+ networks and affinity groups within companies. Aside from the ethical and social value of creating welcoming and affirming environments for LGBTIQ+ people to work it, it’s also simply good for business.

Diversity and inclusion can also help foster fresh and innovative perspectives and approaches to the normal workings of a company, that in turn can lead to higher profits.

Management consulting firm, McKinsey, looked at data from 366 public companies across a range of industries in Canada, Latin America, the United Kingdom, and the United States and concluded that diversity correlated with better financial performance.

“The unequal performance of companies in the same industry and the same country implies that diversity is a competitive differentiator shifting market share toward more diverse companies,”

PLUS is ready to assist companies with training on LGBTIQ+ awareness and Inclusion, and affiliation with PLUS will further help these organisations take a leadership role in applying LGBTIQ+ inclusive good practices.

Guma acknowledges that much still needs to be done and only through collaborative and committed efforts can progress be made. “Everyone needs to understand that we all have a role to play in making our economy and our workplaces equitable, regardless of sexual orientation and gender identity,” she says.