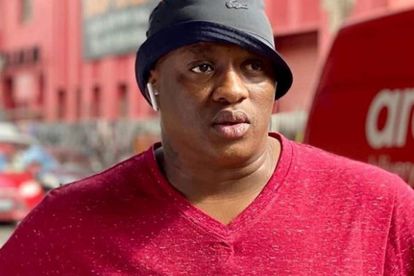 The episode involved a couple from QwaQwa in the central eastern part of South Africa. As usual, the programme started off with the complainant writing in expressing her suspicion that her boyfriend is cheating on her. And in true Uyajola 9/9 style, Jub Jub was off to follow her boyfriend around to track his whereabouts.

The team then arrives at a location at around 05:00 in the morning with Jub Jub knocking on the door. A young man eventually opens the door, which leads to the complainant discovering her boyfriend in the younger man’s bed.

Forced to ‘come out’ in front of cameras

Not excusing his infidelity, but “coming out” against your will on national television must have surely been very traumatising. The look on his face was one filled with utter embarrassment, not just from being caught cheating on his girlfriend, but surely also because of being forced to come out.

He continuously tried to get away from the situation, but was pushed down and dragged around by the Uyajola 9/9 bodyguards which I find unethical.

On every episode, these tall and muscled bodyguards would man-handle and push and shove the complainants around to be in front of the camera, obviously to embarrass the unfaithful party.

The show has become too violent and somewhat intrusive for the sake of people’s personal enjoyment.

All good in the name of trending?

It seems like Moja Love is okay with compromising their complainants for the sake of trending and being the channel everybody’s lips. But, to what extent is it okay to exploit and humiliate people in order to gain traction for your channel?

Invading someone’s privacy by barging into their home to catch them in the act of being unfaithful to their significant other is one thing, but violently pushing and shoving them around to show their face to the world so we can post memes and laugh at their sheer discomfort and pain, is another thing altogether.

I think it’s time for Moja Love to steer the show into a new, less violent direction and really reflect on what they’ve put out and take the time to develop a “cleaner” version of Uyajola 9/9 — one that doesn’t involve humiliating and publicly shaming people, especially without their consent.