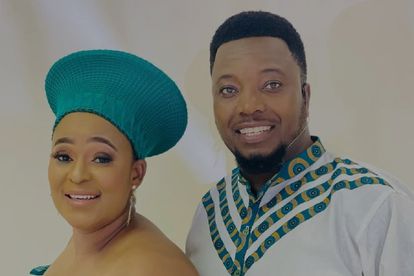 Ukhozi FM is making changes to its line-up. Image via @mctshatha/Instagram

Ukhozi FM is making changes to its line-up. Image via @mctshatha/Instagram

The SABC’s biggest radio station, Ukhozi FM – which celebrated bagging 8 million listeners in October 2021 – is making changes to some of its biggest shows.

In a media statement released on Wednesday, 16 March, the national broadcaster announced that the station will switch up its daytime and weekend line-up. This will see presenters such as Khathide ‘Tshatha’ Ngobe and Durban Gen actress Zimiphi ‘Zimdollar’ Biyela in new timeslots.

Award-winning presenter and MC, Tshatha Ngobe, is making a return to the drive time show from 15:00 – 18:00. Following some damning claims he made in 2020 about the station’s infamous ‘song of the year’, the presenter was moved to the graveyard and weekend slots as “punishment” in 2021. Now, however, he is back in the driver’s seat and will be re-joined by Selby ‘Selbyonce’ Mkhize from 1 April.

Daytime radio host Bheka ‘Beekay’ Mchunu is making a much-anticipated return to Sigiya Ngengoma – which is the Saturday maskandi show hosted from 09:00-12:00. Mchunu will take over from Zimdollar who will now co-host the daytime show every weekday with Sifiso ‘King Sifiso’ Sibiya.

Ukhozi FM is also moving into the TV world with a vodcast show. The show, which is said to air on Mondays to Fridays, will be hosted by Siyabonga Mhlongo.

This week, Daily Sun reported that Mhlongo quit after reportedly leaving mid-show last week Thursday on the afternoon drive show. In response to these claims, the presenter and MC said that he had fallen ill during the show and had to rush out. Mhlongo revealed that he is asthmatic and need to attend to his health.

Ukhozi FM business manager, Sbongi Ngcobo, had this to say about Mhlongo and the vodast:

“Siyabonga Mhlongo brings a wealth of broadcast experience as well as his exceptional interview skills to the vodcast which will be released Mondays to Fridays covering various topics that are bound to contribute to our listeners’ well-being.”

“Large portions of the station’s audience consume digital platforms daily and with the station’s 360-degree approach to targeting its audiences, launching a vodcast was a natural move for the station,” she added.