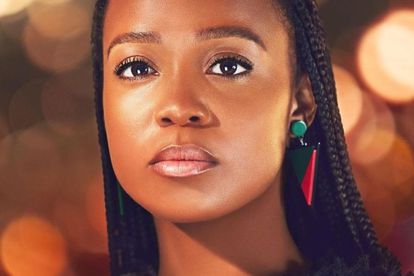 According to Isolezwe, actress Ntando Duma who plays Mpho on The Queen, is leaving the telenovela for a new gig on Netflix.

NTANDO DUMA ON ‘THE QUEEN’

Ntando Duma plays the role of Mpho Sebata on Mzansi Magic’s The Queen. She joined the cast last year. However, viewers have not been too happy with her performance and her acting skills.

Isolezwe reports that according to a source, the actress will make her last appearance on the show at the end of June or early July.

However, Ntando Duma has not yet confirmed or denied that she will be leaving The Queen. When approached by the publication, she declined to comment.

The publication stated that the actress is leaving her role in The Queen for a gig on Netflix. No further details have been provided though.

The actress, however, seem to be spreading her wings internationally, heading to Mexico in October this year to manage the programmes for the AfroBeats in Cancun festival which is held from 7 to 12 October.

“That’s really up to me, I’m going to Mexico there are a lot of programmes I’m going to be part of with other celebrities. I will also manage the programmes under this event. I have a lot to do because I have a list of plans for them,” Duma revealed to Isolezwe.

‘This is abuse’: SAPS respond to shock viral video of smoking toddler

Watch out for these City of Tshwane imposters and scammers