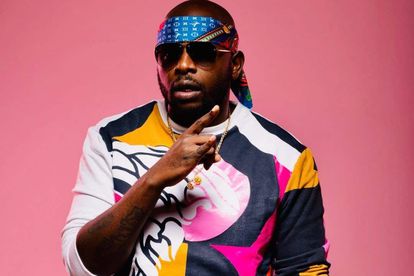 Spotify Wrapped Global Top Lists have revealed the country’s top songs and artists at a time when, battered as we were by pandemic fears and hard lockdowns, music played a huge role in getting South Africans through 2020.

Wrapped 2020 South African artists included the likes of Nasty C, Elaine and Spoegwolf, but the top-streamed artists, songs and albums according to the music platform may surprise you.

However, DJ Kabza De Small claimed the top spot after being the only local artist to feature on the Most Streamed Artists in South Africa list alongside the likes of Drake and Latin star J Balvin.

Pretoria R&B singer Elaine, at just 21, cropped up as the most streamed female artist in July. She earned her position as the only female artist on the Most Streamed Local Artist in South Africa list.

Afrikaans musicians were also well represented with four of the top 10 artists being Afrikaans. Spoegwolf, Snotkop, Bok van Blerk and Appel were all featured on the Most Streamed Local Artist list.

Wrapped revealed DJ Kabza De Small as the Most Streamed Local Artist in South Africa in 2020. Kabza De Small has topped Spotify’s streaming list for the second year in a row. The Amapiano muso shot to fame 2019, after being approved as a hitmaker by his fans.

The musician occupied more than one spot on the Most Streamed Album in South Africa list.

According to the latest Spotify Wrapped statistics, the uptake of social distancing 2020 brought an increase in people streaming nostalgia-themed playlists and work-from-home themed playlists.

It is not surprising that the lockdown saw more people streaming music from home.

Below is a summary of the top streamed artists and songs in South Africa.

Most streamed artists in South Africa

Most streamed Tracks in South Africa

WATCH: Elaine sings her hit song ‘You’re the One’:

Catch a listen of the Top South African Artists of 2020 Playlist and view more global trends on the Spotify website.