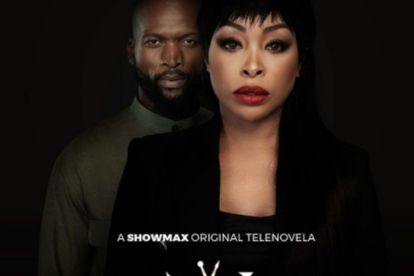 Things between Hlomu and Mqhele also got steaming in today’s episode (10 March) when they locked lips.

A spicy love scene between The Wife characters Zandile and Nkosana has topped Twitter trend lists.

Fans of the Showmax telenovela can’t get over the hit show with many fans stating that their sex scene seemed real compared to previous episodes between Hlomu and Mqhele or Hlomu and Qhawe.

“Zandile and Nkosana can give us great sex scenes but Hlomu and Mqhele stay winning our hearts even with 2 min screen-time.”

“Those little kisses Mqhele gave Hlomu made me happy. Hoping to see more.”

Fans also applauded producers for creating a convincing good sex scene between the characters as they are hard to come by in South African television.

The show cemented itself as the latest South African show to break the conservative boundaries of locally produced shows and films.

ALSO READ:TRAILBLAZER: Getting to know ‘The Wife’ actor Sipho Ndlovu

“This has to be the most explicit sex scene ever from a South African production.”

“Ain’t never seen anything like this from Mzansi actors.”

“It’s not real…also they get medication to reduce or shut down sexual hormones before such scenes.”

“This is how they’ll keep luring viewers because the storyline is not popping.”

“Haibo I was watching this alone and still found myself shy like kunabantu abadala layndlin.”

“I started on season 2 Episode 3 but then I realised nah man need to start from the beginning.”

“Now just downloaded these new episodes as I wait to find privacy when watching this scene.”