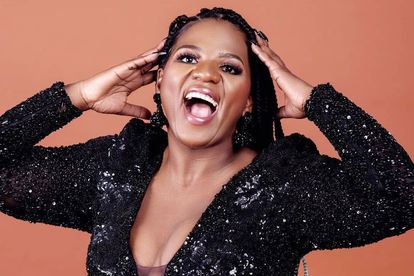 Whenever you hear the name Shauwn Mkhize, or just MaMkhize as she is now popularly known, it is always associated with glitz and glamour.

After being nominated for the Hollywood and African Prestigious Awards just last month, the flamboyant MaMkhize has now been announced as the winner for the esteemed awards.

Apart from being awarded with the Honorary Woman of the Year award, she also walked away with the award for Best Reality TV Show.

To celebrate these two big wins, the businesswoman and reality TV star, MaMkhize, threw a viewing party for the awards show along with her son, Andile Mpisane.

At the party, she had four jaw-dropping outfit changes and treated guests to whatever they wanted with instructions that they need not worry about paying for anything.

The hostess was in high spirits, clearly excited for the win as she was seen dancing the night away. But then again, who wouldn’t be in high spirits after beating 90 Day Fiancé and Housewives of Atlanta to claim the number one spot?

The set up for the event was an elevated level of elegance — definitely fit for the queen that she is.

Guests included entertainment commentator Kgopolo Mphela, as well as Lasizwe, Somizi Mhlongo, and Vusi Nova. The man of the moment, Andile, also graced the guests with a performance.

Other nominations for Mkhize

While MaMkhize has always been known in the business world, last year she was formerly introduced to the A-list life through her reality show. The show also features her two children — Andile and Sbahle Mpisane.

Now, she is the life of every hot event in South Africa where she is usually in attendance with her famous friends Somizi, Minnie Dlamini or Winnie Ntshaba.

It is for this reason that she also managed to score a nomination for the 12th edition of the Feather Awards. She was nominated for Socialite of the Year and Fag Hag.

The award ceremony will take place on 11 November at a private ceremony in Johannesburg.

The Hollywood and African Prestigious Awards are just as the name suggests — prestigious. They celebrate accomplishments in the music and film industry, but the awards acknowledge people whose professional careers have been marked by extraordinary personal and professional achievements, such as sports figures and royalty.