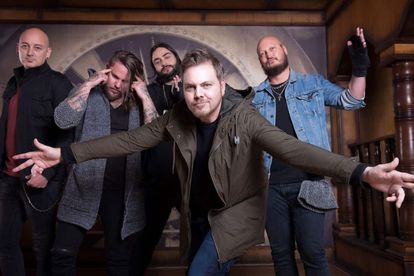 Ross Learmonth has spent the lockdown productively — by coming to grips with an instrument he was daunted by for rather a long time.

But his piano has gone from something to be feared to Learmonth’s most treasured possession.

“I’m new to the piano-playing thing,” he confessed.

“It’s a lockdown love that has happened; something I’d been putting off for fear of the instrument, but something I’m loving more and more.”

Ross Learmonth and Prime Circle back in concert

Good news for fans is that Learmonth and his fellow Prime Circle sidekicks will finally be heading back to the Ticketpro Dome for a concert on 28 February.

Renowned entertainment arena the Ticketpro Dome is their venue of choice for the band’s upcoming Music in Empty Spaces concert. It is also the same place where this iconic South African group launched their career about 18 years ago, when they performed as the opening act for Live on their Birds of Prey Tour.

Music in Empty Spaces is a 90-minute global streaming event taking place at 16:00 South Africa time. Tickets for the show are available from Computicket.

The South African catches up with Ross Learmonth

New beginnings, new challenges. It’s going to be interesting to see what happens. But one thing is for sure: I hope we have learnt a big lesson and don’t go back to our old ways. Pushing nature to the brink brought us here and I hope we are all humbled.

Telling a story and creating something that creates a conversation. I remember once getting a very bad review in some magazine. Our label manager at the time came backstage just before a huge show, and he said: “Do you want to hear the good news or bad news?” We said: “Bad news” to which he read the review.

Then he said, do you want the good news? He said [if] people are caring enough to write bad reviews about you, you’re making waves.

I hope never. Retirement is never good for people — it seems to speed up their end. Keeping busy is the only way.

Heights. I have a terrible fear that I wish I could get over.

It is many things. It’s a constant change for me. I hold it dear, but it can also be the greatest contributor to my anxiety and fear… will it be good enough? Will the tour be notable?

In the end, it’s when I’ve allowed myself to not take myself so seriously, when I have felt most free and effective in music.

I have often taken inspiration from family. The road affects every musician and bingeing on music in general will always fill up the tanks. Mostly it’s just keeping on trying things until it shows up.

I love touring. I’ve always loved getting on the road. When I was younger, I barely went anywhere, so ever since I could get out on my own, I’ve been hooked.

For Prime Circle, I’d say Ghosts. It has been a massive song for us personally, as well as playing live, and I think for a lot of our supporters. But She Always Gets What She Wants took on a life of its own. It became a big song from the moment we first played it and have played it every show since.

Over 20 years there are too many to count. A lot of falling and split pants.

I have loved Gavin Rossdale’s voice since high school. The Pixies are also a huge part of my love for music. These days, Anderson Paak and Run The Jewels, are amazing, and switched on to the times.

I don’t have one as I’ve never really been a style guy myself — not for lack of trying though.

My sister. Besides all the political heroes and celebrities out there, I have always had massive respect for my sister. She is the smartest person I know and she is always there for her family. She’s a really switched-on person, and she introduced me to my first Cure albums and the excitement of music.

These days, coffee! I have drunk myself many drinking badges in the past and forgotten more than I would like. I don’t know if I’ll drink again, but I’m enjoying sobriety for now.

Hyde Park, London, sold out, would be mind-blowing. Just putting it out there!

I think my voice has its own sound. Whether people like it or not, they know it’s me singing.

None, really. I have a stage name that I call myself… Sometimes. But that is a secret.

It would involve travel of some sort. I hate standing still for too long, but it’s hard to say what I’d do without playing music.

Who would play you in a Hollywood blockbuster and why?

I’d have to say Kiefer Sutherland.

I love my family, my girl, my band and my crew.

F*** — but I think that’s most people’s favourite word, haha! It is so useful but I try to use it sparingly. It’s not a comma, people!

I don’t have one, really.

To travel more, but not just to see the inside of venues and tour buses.

Being in a band for 20 years, still having songs out there and being able to still tour.

I try not complain but I’d have to say I complain about stuff that doesn’t matter in the end, like my weight or money.

That there is not enough time.

Zone out and close my eyes too much.

If you are happy you are successful.

Do you get worked up while watching a sports game on TV ?

I’d like to be touring; wheels on the road.

Prime Circle is involved in a charity called Rada. It is an incredible charity to help people — from abuse to drug and alcohol addiction.

Just to be happy and healthy for as long as possible.

What books are you reading?