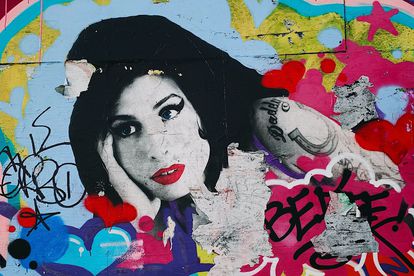 The late singer Amy Winehouse is on the Rolling Stone list of 500 best albums.

The late singer Amy Winehouse is on the Rolling Stone list of 500 best albums.

An array of artists and genres feature on the new Rolling Stone list of the 500 best albums of all time.

The music magazine first published its top 500 list 17 years ago in 2003. As the music industry evolves and shifts every year, the trailblazing magazine and 300 industry professionals have updated their list.

It is tremendously popular, with almost 63 million readers in 2019 alone.

As Jason Fine writes in Rolling Stone: “The goal wasn’t to update the list, but blow it up and re-create it from scratch, reflecting both the canon of pop music and the ever-shifting currents of taste.”

With this in mind, 154 albums are new to the list, while 86 albums from the 21st century make the cut.

Hip-hop is on the up

As hip-hop has grown over the years, there are three times as many hip-hop albums on the list than in previous years.

The top 100 albums feature a diverse mix of genres and artists from different eras.

The 80s features Erykah Badu’s Baduizm at #89, John Lennon’s Plastic Ono Band at #85 and The Sex Pistols Never Mind the Bollocks Here’s the Sex Pistols at #80.

The 70s includes the late Elvis Presley with The Sun Sessions at #78, Curtis Mayfield with Superfly at #76 and Kanye West’s 2004 album The College Dropout at #74’.

The 60s features Jay Z’s 1996 album Reasonable Doubt at #67, OutKast with Stankonia at #64 and the biggest selling debut album of the 80s Guns N’ Roses Appetite for Destruction at #62.

The 50s features jazz great Stevie Wonder with Talking Book at #59, Pink Floyd’s The Dark Side of the Moon at #55 and David Bowie’s Station to Station at #52.

The 40s begins with reggae and Bob Marley and the Wailers Legend at #48, followed by Paul Simon’s Graceland at #46 and A Tribe Called Quest’s The Low End Theory at #43.

The 30s features Bob Dylan’s first rock album Blonde on Blonde at #38, Michael Jackson’s Off the Wall at #36 and Amy Winehouse with Back to Black at #33.

The top 20 features rapper Kendrick Lamars To Pimp a Butterfly at #19.  Michael Jackson’s Thriller comes in at #12 and Lauryn Hill’s The Miseducation of Lauryn Hill at #10.

Lastly, the top 10 of albums feature, Nirvana’s Nevermind at #6, The Beatles’ Abbey Road and the best album according to Rolling Stone is Marvin Gaye’s What’s Going On at #1.