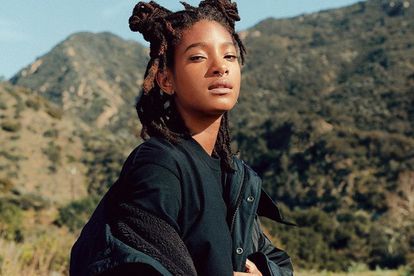 Willow Smith has come out as polyamorous in a recent episode of ‘Red Table Talk’. Image via Instagram @willowsmith

Willow Smith has come out as polyamorous in a recent episode of ‘Red Table Talk’. Image via Instagram @willowsmith

The 20-year-old singer, songwriter, record producer and actress revealed on the 28 April episode of her mother’s Facebook Watch series Red Table Talk that she has chosen a  polyamorous lifestyle over monogamy.

Polyamory is the practice of having a romantic relationship with more than one person at a time with the consent of all partners involved. In the episode of Red Table Talk, Willow tries to explain her decision to her mom, Jada Pinkett Smith, and her maternal grandmother, Adrienne “Gammy” Banfield Norris.

“Gammy tries to understand Willow’s decision to live a polyamorous lifestyle. In a lively generational debate on marriage and monogamy, Willow opens up about her decision to practice ethical non-monogamy.”

Willow confessed that she could see herself having more than one partner at the same time and that she had researched the idea of polyamory instead of monogamy.

According to her, infidelity in marriages is a key reason for her choice as it often results in divorce.

“With polyamory, I feel like the main foundation is the freedom to be able to create a relationship style that works for you and not just stepping into monogamy because that’s what everyone around you says is the right thing to do,” said Willow.

“So I was like, ‘How can I structure the way that I approach relationships with that in mind?’ Also, doing research into polyamory, one of the main reasons why divorces happen is infidelity,” she added.

Jada Pinkett Smith came out in support of her daughter’s decision to be polyamorous. When Willow asked her how she felt about it, she had the following to say:

“Wanting to set up your life in a way that you can have what it is that you want, I think anything goes as long as the intentions are clear. You know what I mean? She added.

However, across the table, Gammy had a whole different opinion. She said that she believed in the traditional construct of marriage. While respecting her grandmother’s opinions on marriage, Willow shared some of her own.

“The history of marriage really irks me,” said Willow.

“I feel like the only way that I would get married is — let’s say me and my partner or partners wants to help people and we need to put our finances together in order to make that vision happen. That’s the only way I could see myself getting married,” she added.

ALSO READ: ‘Men in Black’ star Will Smith opens up about his new ‘roll’