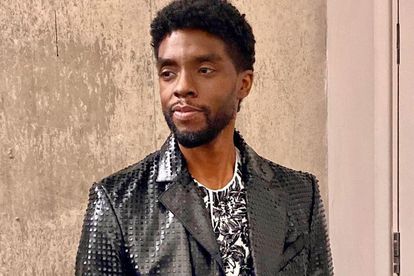 Chadwick Boseman ‘robbed’ of an Oscar. Image via Instagram @chadwickboseman

Chadwick Boseman ‘robbed’ of an Oscar. Image via Instagram @chadwickboseman

Viewers across the world were disappointed when Chadwick Boseman did not receive a posthumous award at the Oscars that took place during the early hours of Monday morning.

The late Chadwick Boseman has been an awards season favourite as he picked up best actor at both, the Golden Globes and the Critics Choice Awards this year as well as an NAACP Image Award for outstanding actor among several others.

His last film Ma Rainey’s Black Bottom also starring How To Get Away With Murder’s Viola Davis, has also been a favourite this awards season, picking up several awards. Therefore, Chadwick Boseman fans thought he had the posthumous award in the bag at the Oscars.

The Oscars usually ends by announcing the winner for the best picture however, this year the award for best actor was moved to end hyping up fans for what they expected to be a Chadwick Boseman win.

However, Anthony Hopkins picked up the Best Actor award which led to both fans and celebrities taking to Twitter to express their disappointment.

Many people thought that Chadwick Boseman deserved the prestigious award for his talent.

While some people felt like the Oscars used Chadwick Boseman for clicks, views and monetary value.

Other people felt as if this was a racial issue. As much as they were thrilled to see diversity during the awards ceremony many felt as thought the finale ruined that.

WHY CHADWICK BOSEMAN DESERVED THE WIN

Most people are not denying that Anthony Hopkins deserved the award but rather that Chadwick Boseman was more deserving.

The roles he played over the last decade was worthy of an Oscar celebration as well. He brought depth to his roles from Jackie Robinson in the 2013 sport Drama 42 to James Brown in Get On Up in 2014. He played civil rights lawyer Thurgood Marshall in Marshall in 2017 and of course his historic role as a black superhero in Black Panther. He appeared in a total of four Marvel movies and fans loved him for it.