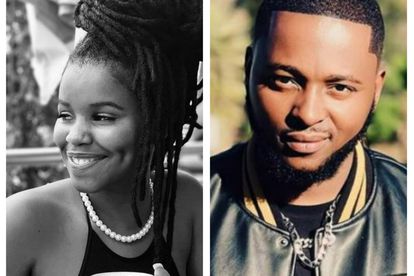 Sources close to Nkosazana Daughter and Sir Trill have confirmed that they are mother and father to a baby girl, Zimoja reports that the new parents welcomed the child a week ago.

Even with the good news, Sir Trill is said to be worried about his baby mama now that it is the festive season. He says she might have to kiss her festive gigs goodbye as she is still nursing a new born baby as she gave birth a week ago.

According to Zimoja, Sir Trill will be continuing with his gigs, especially because his new album, Ghost just came out. Another source who is close to the singer revealed that the pair has been spotted attending her gig bookings together.

“Last time we booked her to perform at our gig, he accompanied her and stayed in the car while she performed. They are madly in love, and she has not told us anything yet officially,” the source says adding that, the pair is said to have also moved in together at her apartment in Dainfern – as per Zimoja.

“As talented as he is, he does not get booked to perform and he is not making money that is why he travels with Nkosazana to gigs and he’s forever with her everywhere she goes. He had a fallout with one of the top producers who we think blacklisted him and he does not get airplay or bookings and that is why he has been struggling,” said the source.

The Amapiano singer’s manager Given Maseko said the singer has been focusing on his album and blocking out any negativity…”I can’t comment on his private life.”

“At the moment we are just happy with the album which has just been released and that is our main concern. We want to promote that and that is all,” he told Zimoja.

ALSO READ: December drain! Sir Trill cancels shows to rest and fans are not loving it