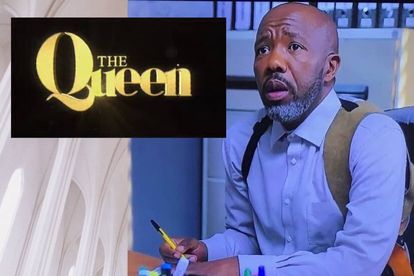 Another week, another episode of ‘Who’s Unhappy with the Fergusons?’

Drum roll please, and the unfortunate actor this time around is Mlamli Mangcala.

On 10 June, Mangcala, who plays the role of Captain Sthembiso Radebe in Mzansi Magic’s The Queen, released a statement announcing that he has left the show.

A letter has been making the rounds on social media, where Mangcala is airing the Fergusons’ business procedures.

According to Mangcala, not only is Connie Ferguson deceitful on screen but she and her husband are masters of it off camera as well.

Mangcala tells the story of how he had to cover his own travel and accommodation costs when travelling from Cape Town to Johannesburg to shoot.

He says this came after the producers of the show promised to review his rates after his initial two-month contract was extended by a year. Instead of getting an increase, however, he says he was asked to sleep at the Khoza mansion, sharing a bed with the caretaker of the house.

The actor says his demands for a fair call rate were not met as he was being paid “three times less than his normal rate”. He says they told him that things would look up in the upcoming season and he was hopeful because he stayed on the show from season one until season five.

Mangcala says the couple told him that they loved his character but then abruptly killed the character off, blaming the competition, fellow Mzansi Magic telenovela Gomora.

Gomora did indeed dethrone The Queen with the number of views during the lockdown, but it ran out of episodes and had to go off air for a week. This gave The Queen a chance to reclaim the top spot but it still had to settle for second place.

A twist of events saw the controversial Uyajola 99 show on Moja Love reach number one with the most views on DStv with 2.5 million viewers.

Connie Ferguson confirmed Mangcala’s exit from the show, saying that it was meant to come to an end.

“All contracts expired at the end of May,” she said, referring to his and Jerry Maake’s character played by Shona Ferguson.

With their departure comes the return of SK Khoza and arrival of Sibusisiwe Jili, Kuli Roberts, Menzi Ngubane, Jessica Nkosi and Brenda Ngxoli.