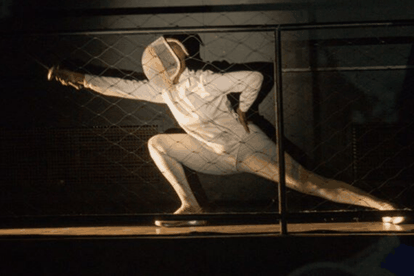 Mamela Nyamza believes many women have been silenced, isolated and side-lined within the South African arts industry. However, the dancer, teacher, choreographer and activist will have no more of this as she speaks out through her new work, Pest Control.

The multimedia work conceptualised, choreographed, directed and performed by Nyamza falls into the genres of protest art, dance and film.

She says people often have the misconception that she is an “angry black woman” who is far too outspoken, when in reality she is an artist – like many – who is directly affected by her surroundings.

“People used to think I’m ‘killing dance’, because I was not dancing to their expectations (as I have danced in the past). But I cannot repeat what has been done or what I have done.

As a choreographer, Nyamza believes in thinking outside of the box and urges the artistic youth of today not to follow what has already been done.

Create your own voice

“Learn from the past, move on to the future and create your own unique voice,” Nyamza says.

“I think it happened when I was actually sitting in a boardroom, chairing a meeting as a dancer,” she says of the process leading to her new work.

Nyamza began imagining the work after her dismissal in October 2019.

“I had this idea for months and when I had to do it, I left it because I’d been going to disciplinary hearings, meeting my lawyers and having all these conversations in the boardroom setting, so that was the work. This work for me is so real.”

In addition Nyamza will be attending her arbitration at the CCMA on Friday June 26, the exact day Pest Control is shown.

Women’s experiences in the industry

The work itself will continue to remain relevant in today’s time as Nyamza’s experiences within the arts industry also extends to other women’s experiences.

“I will have to redo it, because I would like an outcome being added to the work,” she says.

Despite the COVID-19 pandemic, Nyamza continued to develop the concept at home while keeping lockdown regulations in mind.

“I have never told a story as true as the way I have told this story.”

‘You will not silence me’

Verbal dialogue is dominant in Pest Control with speeches from Nyamza’s disciplinary hearings used to emphasise her voice.

“You will not try to silence me, not now, not ever,” says the artist.

Although the work comes off as slightly abstract, Nyamza assures that the use of dialogue will bridge the gap.

The Pest Control teaser trailer released by the vNAF showcases a Nyamza in fencing sport gear which ultimately represents her protecting her image and herself against any potential dangers and “pests”.

Moreover the symbolism behind the fence structure lies in how caged Nyamza felt in the work space as well as how she felt she was being treated as a criminal for daring to speak up.

Nyamza acknowledged that this work had been a way of healing – not only herself, but she hopes for other women too. Her goal is for them to feel comfortable to speak up about ill-treatment they may have received within the arts industry.

Art as a weapon

If something happens in Nyamza’s life, as an audience member you willalways see it in her work.

Her art is her mode of communication as well as a weapon.

“It’s all about who is going to do it first or who will speak out and maybe others will follow. I am not forcing others to speak out, but I hope something can be done,” Nyamza says.