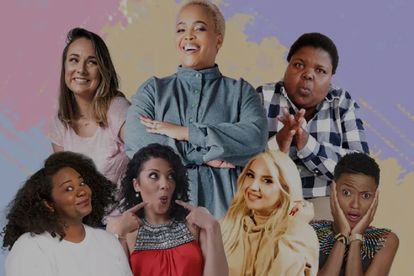 An all-female powerhouse line-up, hosted by Tumi Morake, takes to the stage for a night of laughter at the Theatre of Marcellus, Emperors Palace.

In celebration of Women’s Month, Tumi will be joined on the Laugh Mosadi stage by a bevvy of impassioned leading voices made up of Angel Campey, Khanyisa Bunu, Lihle Msimang, Lindy Johnson, Nina Hastie and Tracey-Lee Oliver. Whether they’re commenting on their personal musings or their daily life experiences, there is no shortage of material.

Not stopping for a second, Tumi Morake’s impressive resume includes radio host, presenter, TV show host, author, actress and Queen of Comedy – her unique ability to deliver all the laughs and right punches has become synonymous with what fans have come to expect from this clever, witty and hilarious comedian.

A BEVVY OF IMPASSIONATE LEADING VOICES

Angel Campey’s quirky quick wit and brand of observational humour has been dubbed as ‘comedy for the discerning young South African’. Her sharp tongue has seen her quickly climbing the comedy rungs and she has been a regular on all stages and festivals.

Teacher-turned-comedian, Khanyisa Bunu was the first woman to win the Audience Choice Award at the Comics’ Choice Awards and has also made her mark on the small screen. Her relatable comedy and hilarious punchlines have made her a fan favourite on every stage she has graced.

Lihle Msimang is vibrant and energetic and her ‘clean’ comedy adds a well-needed feature to the face of comedy and appeals to a wide audience with her material revealing many things about life, love and adulting.

Great hair, great smile, great jokes. Thoroughly engaging and modern in her style, Lindy Johnson makes it look like being from Paarl is a good thing. No matter who you are, Lindy takes you into her world, makes you laugh and leaves you charmed.

Hilarious, smart and inspiring, Nina Hastie is a seasoned comedian, actress and writer and is responsible for making many South Africans hunch over in laughter. She has become a household name in the entertainment industry and is a true example of hard work that pays off.

From the age of three, Tracey-Lee Oliver was already on the road to stardom when she started singing. She stands bright in the entertainment industry as a powerhouse singer, actress and voice-over artist, but her career took an interesting twist as she found herself in the comedy scene adding her beautiful voice and unique brand of comedy and entertainment to the stage, making her an impressible force.

Laugh Mosadi will be presented at Theatre of Marcellus on 13 August. Tickets from R150 are available through Ticketpro and retail outlets.