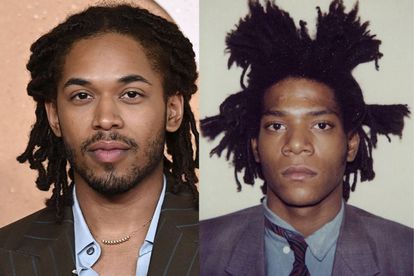 Kelvin Harrison Jr is set to play Jean-Michel Basquiat in a biopic. Image via Twitter @AndyVermaut/@BETHjdv

Kelvin Harrison Jr is set to play Jean-Michel Basquiat in a biopic. Image via Twitter @AndyVermaut/@BETHjdv

The 27-year-old actor has boarded the cast of the movie that will celebrate the life, career and impact of the New York-born, Haitian-Puerto Rican American artist whose seminal painting and street art defined the Neo-expressionism arts movement during the 1980s.

The film is being directed by Julius Omah, who previously collaborated with Harrison Jr on the critically acclaimed drama Luce, and is being financed and developed by Endeavor Content.

Basquiat became the youngest artist at the Whitney Biennial in New York at the age of just 22. He sadly passed away aged 27 in 1988 but his work continues to make an impact on the art world – the painting Untitled sold at Sotheby’s for $110.5 million (R1.7 billion) in 2017.

Omah is also producing the project and will co-write the script with Peter Glanz.

In a lengthy statement, the director explained:

“Jean-Michel Basquiat redefined the idea of who ascends to the highest altitudes of the fine art world. But the complexity and richness of his experience as an artist and child of the African diaspora has yet to be dramatised in the manner it delivers.”

“It’s an honour to work with Kelvin and my collaborators, and with Endeavor Content, to celebrate the legacy of an artist who has invited audiences everywhere to be inspired by the transformative power of art.”

Omah explained how he first discovered Basquiat as a teenager and realised that his story would be perfect for the big screen as he learned more about the artist.

“It was a gateway for a kid desperate to find artists he could see himself in. But the older I got and the more I learned about Jean-Michel, the more I began to feel his story hadn’t been fully told in cinema.”

“Never have we seen the full spectrum of Basquiat’s incredible life as a black artist and a child of the immigrant African diaspora. And the richness and nuance of his journey is a story worthy of celebration.”