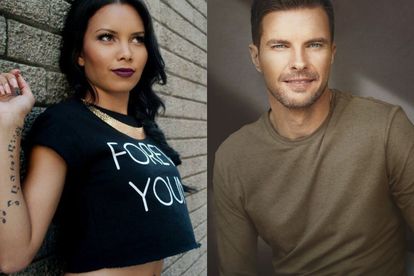 Here’s a look at five singers who walked away as Idols SA winners.

Jody Williams won Idols SA season four in 2007. At the time, she was just 17 years old and she received several prizes including a recording contract with Sony and R100 000 from M-Net.

In 2019, Williams said that the reality show “ruined her life”. She also mentioned that winning the show caused a rift in her family and her management team “ripped her off”.

“If only we had a life coach and financial advisor back when I won Idols, I think things would have been so much different,” she told Daily Voice.

She did not continue with her music career and at the time she was working as a receptionist. She was also raising her baby with her partner Nicholas Ferreira.

Jan Hoogendyk aka Elvis Blue won the sixth season of Idols SA in 2010 and he is still a household name in the South African music industry. Over the years he has achieved three platinum and two gold-selling albums. The musician released his new album Meer As Genoeg on 30 July. He also has his own restaurant in George, Western Cape, Elvis Brew.

Khaya Mthethwa was a standout contestant from his audition in season eight. Mthethwa has won several awards and even hosted his own gospel music show, Gospel Alive. The 33-year-old singer was married to Miss South Africa 2016, Ntando Kunene but the two announced their divorce in 2019.

He has solidified himself as one of the top gospel stars in South Africa and released his single Ngambulele on 13 August.

Cape Town-based singer Paxton Fielies was crowned the winner of Idols SA season 13 on 19 November 2017. Fielies won the singing competition when she was 17. She released her debut album in 2018 and featured Tresor, The Voice winner Craig Lucas and former Idols SA contestant Kyle Deutsch.

Fielies also teamed up with Idols SA season 14 winner Yanga on a track titled Call Me. She is still living her dream as a singer-songwriter!

Emalahleni-based singer Zama Khumalo won the last season of the singing competition. She says Idols SA changed her life. Although things were tough due to COVID-19 that did not stop her!

Khumalo released her debut album, In The Beginning, on Friday 12 Novemer and it is an afro-pop offering. The 14-track album features Oskido, Professor, and Nicole Elocin.