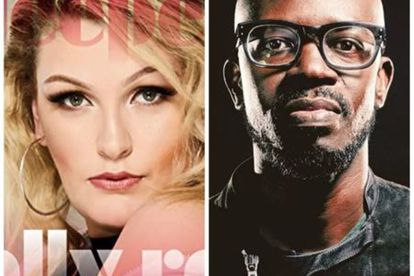 A Sunday World article stated that Holly Rey, whose real name is Holly Wasserfall, also said that her decision to part ways with Black Coffee’s record label has also partly been influenced by her desire to  pave her independent music career path under her label, Rey Music.

The Spend My Time hitmaker, who has been hailed as the next Tamara Dey and has been with Soulistic Music for less than a year, said she wants to grow independently and wants to avoid the negative press associated with the GBV claims.

“I left the record label earlier this year because I realised there was much more I can do as an independent artist, and then the scandal came through. I loved working at Soulistic Music, but with everything that is happening, I think it is best that I work on myself my own way.”

The Sama award-winning musician said her move makes better business sense and she’s glad that she was able to release her single successfully and also promised her fans an EP later this year.

The Durban artist didn’t change her mind about leaving, even after DJ Black Coffee was found not guilty at the Randburg Magistrate’s Court for allegedly assaulting his estranged wife on her birthday in their Sandton home this year.

Other musicians who are signed with Soulistic Music label, include Zakes Bantwini, Culoe De Song and DJ Thakzin.

Who is Holly Rey?

Apart from joining Black Coffee’s famous label, Holly Rey shot to fame as the first woman in 20 years to bag the 2019 Record of the Year Award at the SA Music Awards (Samas) after Brenda Fassie.

Holly Rey also shared the limelight with President Cyril Ramaphosa when she was caught “vosho-ing” on stage with him in 2019.

The Rockville actress shocked her followers when she posted a picture of herself in the dark with a candle on her Instagram story with the caption: “We gonna shame the devil and enjoy the darkness. Me and my boys.”