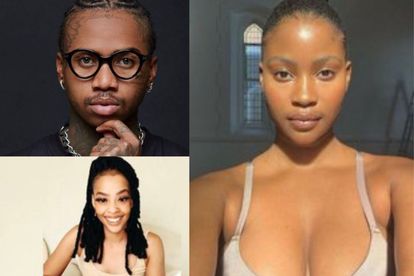 Three Big Brother Mzansi housemates – Nale, Mpho and Themba have become fan-favourites according to viewers of the reality show.

The show returned this past Sunday (23 January) after a seven-year sabbatical.

Several housemates (Mpho, Themba, and Nale) are big contenders for the R2 million according to viewers of Big Brother Mzansi.

Fans of the show are elated that season three returned after ongoing #BringBackBBM requests on social media and several petitions.

Michelle Mpho Mvundla aka Mphowabadimo is one of the 18 housemates who’s been trending this season.

The 27-year-old is a bubbly sangoma from Daveyton who describes herself as an outgoing, kind, and no-non-sense person.

Fans have also predicted a romantic relationship between her and her Big Brother Mzansi housemate Libo.

Modle Naledi Mogadime aka Nale already stood out from the other housemates this week when The Wife actress Thuli Phongolo tweeted about her.

Phongolo stated that she Nale her type of gworl.

“The class, the sass… the substance. The beauty!”

Nale is a 24-year-old Pretorian model who describes herself as a calm “fine gal, not a sad gal”.

Tattoo artist and father of two – Themba Karabo Mabaso aka Lil Wayne is a fan favourite has been trending on Twitter daily since the inception of the show.

Tweeps are drawn to him and have been defending him though his housemates often tease him for his kasi English.

The 30-year-old is admired for being himself, speaking his mind at all times, and for standing out from everyone else.

Audiences were quite disappointed by the lack of racial diversity in the Big Brother house.

Some viewers complained that the show was “too black” as there are only black housemates this season.

“Why are the Whites, Afrikaners and Indian people excluded.#BBMzansi #BigBrotherMzansi.?

“The camera needs to show us that girl with the accent. She needs to be out by next Sunday ?? #BBMzansi”

“There must be dololo communication between vision mixer and sound Eng?? Tech Dir. Please come through #BBMzansi.”