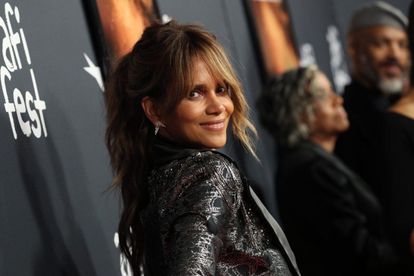 Halle Berry admits that directing ‘Bruised’ was the hardest challenge of her career.

The 55-year-old star makes her debut behind the camera in the sports drama flick, where she also plays a disgraced MMA fighter who decides to return for an unsanctioned bout, and admits that she felt like it was a triumph against the odds to helm the movie.

Speaking at a Hollywood screening on Saturday 13 November, Berry told The Hollywood Reporter:

“I don’t know how I did it. I was on some adrenaline, I was on a high. I had to get this out of my body and so I had to do it, I just had to keep going day after day and I was energised by it, I was ignited by and I was refusing to be told ‘no’.”

The Oscar-winning star had been despairing that no filmmaker could match her vision for the project until a producer suggested that she should take the bold step of directing the film herself.

“All of the filmmakers that I spoke to, they didn’t see the story that I saw in my head, they couldn’t quite understand all the elements of this,” she said.

“I finally went home one night and I was pretty distraught because I was like, ‘Oh god, I can’t seem to get a filmmaker to make this story.’ And then my dear friend, (producer) Elaine Goldsmith-Thomas said to me, ‘Why don’t you direct?’ And I said, ‘Me? I’ve never directed a movie before, this is too big of a role to play. I can’t do that.'”

“She said, ‘You absolutely can, you love it like I’ve never seen anybody love anything.'”

HALLE BERRY LOOKING FORWARD TO DIRECTING IN THE FUTURE

The Monster’s Ball star also suggested that she is determined to continue directing projects.

“It’s hard to say what will actually be in my future but I will say this – I know that women of colour have to keep telling their stories because we have a definitive point of view. And for so long, our stories have been told by men or white men or even white women. And I think it’s really important that we continue to tell our own stories through our own lens and make them valuable,” shared Berry.

“So for whether I’ll do it or not, I hope so. I hope I’ll be afforded another opportunity to get behind the camera and tell another story that I’m passionate about,” she continued.

ALSO READ: Back with a bang! Mel Gibson, 65, to direct and star in ‘Lethal Weapon 5’