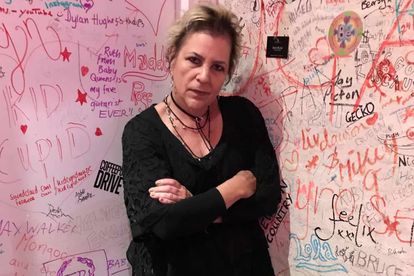 Cindy Alter is one of the country’s biggest-selling artists of all time. Image: Supplied

Cindy Alter is one of the country’s biggest-selling artists of all time. Image: Supplied

Cindy Alter, best known as the voice of internationally acclaimed pop band Clout, is the Last One Standing. This is the title of a powerful single she has done a new recording of for the purposes of a new album that is also out now.

Released earlier in February, Last One Standing is part of a definitive collection of her best-known songs from a career spanning more than 40 years.

The album, Essential Collection – Last One Standing, features 15 songs covering her years with Clout and beyond. It also covers her time with Afro-pop band Zia, country duo Alter Irving and as one of South Africa’s most acclaimed singer-songwriters.

The single Last One Standing was written by Cindy Alter and produced by Matthew Fink for Just Music.

To date, Alter has sold more than 12 million units, making her one of the country’s biggest-selling artists of all time.

The album, which is available on CD and in digital formats, also features remastered original recordings of the global chart-topping evergreens Substitute and Save Me. These songs have become standard fixtures on many 1970s compilations and playlists around the world.

Zia track for a new audience

An exclusive track Waiting for The Winds (Woza Moya), from the Zia years, will appear for the first time in digital format, exposing music from this era in Alter’s career to a new audience.

“I was going through various press clippings and vinyls, and was amazed how much good material I had released over the years. I thought it would be a great idea to give my loyal fans a retrospect of some of the hits and my personal favourites,” Alter said.

Her music has helped her show enormous resilience through adverse times in her personal life. These include surviving stage-four leukaemia, and walking away from a physically and emotionally abusive relationship.

She was also the victim of a rogue manager who left Clout virtually destitute upon their demise in the early 1980s.

“Music found me and it has been my saving grace through some of the hardest times in my life. I am always touched by my fans telling me how the songs have inspired them.”

The South African catches up with Cindy Alter

Giving you the means to put your work out there and people will take a listen.

When there’s nothing more to say.

It is my world, my universe, my passion.

Expressing something that hopefully matters to someone going through something and feels comforted, uplifted or just wants to dance!

Inspiration for me comes from somewhere in the ether. I get a melody or lyrics in my head and boom, I’m inspired and I start something.

That I get to do what I love while making people feel good.

Too many to mention, but I did get electrocuted once while singing Under Fire at a Clout concert in Germany. I finished the song and managed to let go of the mic stand that was touching a strobe light, sending around 500 volts into my body. I got off the stage and collapsed.

Wow, I love the truth speakers in the world. Marianne Williamson, Caroline Myss, people who speak for us when we can’t express ourselves.

Hahaha, well, I have a few. I loved [David] Bowie who was rather androgynous, a bit rock ‘n roll… left of centre. Also, Chrissy Hynde and Annie Lennox.

That’s a tough one. If I say “me” it sounds weird, but I do admire myself the most because I’ve walked through the fire and come out burnt and scarred, but I never give up. I think that is admirable.

Hmmm, maybe my first guitar. I still have it!

I am a free spirit, I’m approachable and I don’t pretend to be something I am not. That seems to resonate with people.

I wanted to be an FBI agent or a marine. Yep, true story.

Who would play you in a Hollywood blockbuster and why?

Gina Gershon. She has an edge to her and she can play any role — sensitive or strong.

It can’t be just one — I have lots and lots. The Sting, Apocalypse now, The Deer Hunter...

What are you reading?

How Not To Die, by Michael Greger MD.

Let It Be, by The Beatles.

I love those who love me.

A great leather jacket – you can’t beat that.

Give us some real proper slang and what it means?

I use a few Yiddish slang terms like nog-shlepper and yenta. I don’t know if they are valid here, but a nog-shlepper is someone who kind of insinuates himself or herself into your life and tags along,  invited or not! And a yenta is a gossip!

The way people drive and have no care for the rules of the road.

My fear is that I don’t do enough and that I waste precious time.

Become my truest self.

“When people show you who they are, believe them” – Maya Angelou

I’m not a huge sports fan, but I get right in if I do watch something.

At an ashram in India.

To sustain my health and voice so I can continue to do what I love until I absolutely cannot go on. And possibly to see peace in our world.