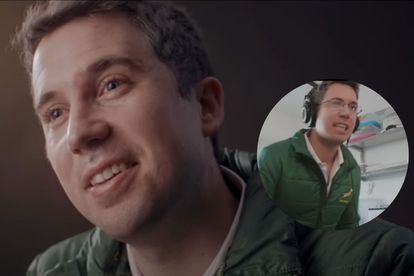 From the guys who brought us My Kreepy Teacher, a spoof about the Oscar-winning My Octopus Teacher, comes another spoof called Chasing The Bun… a story about ‘Rassie Erasmus’ opening a bakery in Springbok.

Chasing the Bun – a new parody

Good Things Guy reports that last year My Kreepy Teacher went viral around the globe with a ridiculous story about a man and his unconventional relationship with his pool cleaner. The entire parody was based around the documentary.

Now Retroviral and Panther Punch teamed up once more to bring South Africa another hilarious parody, this time playing off the SuperSport and SA Rugby documentary Chasing the Sun which gave Mzansi a behind-the-scenes look into the Springboks’ 2019 Rugby World Cup triumph.

According to SuperSport, the camera crew travelled with the rugby team throughout 2019, “getting unprecedented behind-the-scenes access throughout the lead-up and during the Rugby World Cup” which the Boks ultimately won for the third time. With unique access and exclusive contributions from coaching staff, players and commentators, the documentary is the story of how a team, a nation and the world came to discover that we are all indeed stronger together.

“You know four years ago this was just a pipe-dream,” actor Rassie says in the parody video. “But since then, I’ve made my team believe it’s not about them; it’s about the rest of South Africa. And when people walk through our doors to eat our food, we f*** them up. Physically. And that’s a fairytale.”

Also Watch: The makers of ‘My Octopus Teacher’ on saving the Cape Kelp Forest

My Kreepy Teacher parodies the award-winning doccie almost take for take. On YouTube, Retroviral writes that My Kreepy Teacher is an emotional and evocative film about the unconventional relationship between a man and his pool cleaner; a Kreepy Krauly.