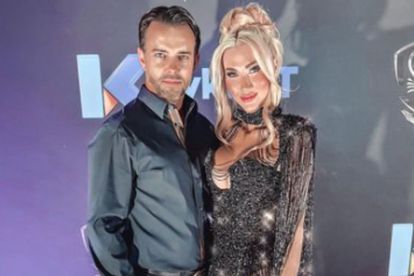 Twitters have weighed in on Melany “Mel” Viljoen saying that her husband Peet Viljoen has “BDE” on the latest episode of the Real Housewives van Pretoria (RHOPTA) which was released on KykNet on Thursday 24 November.

Reality star and businesswoman Mel Viljoen was asked to tell the ladies something they didn’t know about her. This was while the ladies were on their way to have a meal together in a limo that Rhona got after her “old outfit” party.

So, the reality star told the ladies that her husband, Peet Viljoen, has “Big D*** Energy (BDE)”. However, the ladies didn’t seem to understand what she was saying nor interested.

“Something that you don’t know about me that we should perhaps put out there. My husband…,” she said before using her hands to interpret what she means to say.

“I wanted to imply that my husband brings BDE to the table. Big D*** Energy,” she continued.

Twitter users think Mel is “obsessed” with her husband. Take a look…

“Mel is obsessed with Peet, she needs some friends, human friends. But she’s a mean girl, so I doubt that would work out  #RHOPTA,” wrote @tintswalomegacy.

“Mel has no life besides Pe*t and her business. When all the ladies ask a fun fact about her all she mentions is her man. She needs friends and a life outside that man. #rhopta,” wrote @IamAzorAhai.

Others also think the Tammy Taylor Nails SA founder is a mean girl. Take a look…