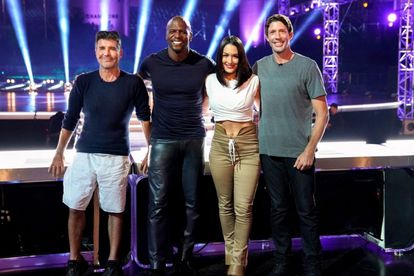 Production on America’s Got Talent: Extreme has been paused indefinitely following a horrifying on-set accident.

Stuntman Jonathan Goodwin was reportedly crushed between two cars when a stunt went wrong at the Atlanta Motor Speedway in Georgia during rehearsals last week, causing an explosion on the set, and the daredevil to be airlifted to hospital, where he was admitted to a trauma unit and remains in a critical condition.

Now the producers of the America’s Got Talent spin-off – which features outrageous stunts and daredevil acts – have confirmed they have decided to halt production indefinitely for the “wellbeing” of the show’s crew.

“Our thoughts and prayers remain with Jonathan Goodwin and his family as he continues to recover from his accident on Thursday. In order to focus on the wellbeing of our crew, we will be temporarily pausing production on America’s Got Talent: Extreme and will resume the last few days of filming at a later date,” said a representative.

“The health and safety of our cast and crew continue to be our priority.”

According to Deadline, Cal/OSHA, California’s Division Of Occupational Safety & Health, are looking into the incident.

It was previously explained that, despite the horrifying accident, Jonathan – who made it to the semi-finals of season 15 of ‘AGT’ – was “responsive” after the stunt went wrong.

“During a rehearsal last evening for ‘America’s Got Talent: Extreme’, an accident occurred in which escape artist Jonathan Goodwin was injured while performing his act.”

“He was responsive and was immediately taken to the hospital, where he is continuing to receive medical care. Our thoughts and prayers go out to him and his family as we await further updates on his condition,” said a spokesperson for the show.

The new show is hosted by Terry Crews and will feature Simon Cowell, Nikki Bella and Travis Pastrana as judges.