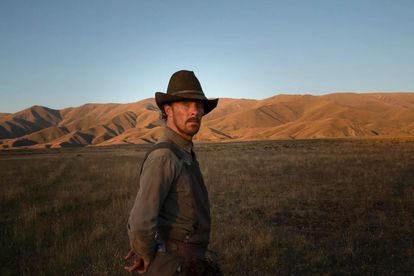 Jane Campion’s ‘The Power of the Dog’ is nominated for seven awards at the 2022 Golden Globes. Image via Twitter @FilmUpdates

Jane Campion’s ‘The Power of the Dog’ is nominated for seven awards at the 2022 Golden Globes. Image via Twitter @FilmUpdates

The nominees for the 2022 Golden Globe Awards were announced on Monday 13 December. Jane Campion’s The Power of the Dog and Kenneth Branagh’s semi-autobiographical film, Belfast are both nominated for seven awards. Comedy-drama series Succession leads closely behind with five nominations.

‘THE POWER OF THE DOG’ AND ‘BELFAST’ DOMINATE

The Power of the Dog was one of Netflix’s highly anticipated releases for 2021. Benedict Cumberbatch stole the show with his role as Phil Burbank earning him a Best Actor in a Drama Motion Picture nomination at the 2022 Golden Globe Awards.

ALSO READ: ‘The Power of the Dog’: Cumberbatch on straight actors in gay roles

WATCH ‘THE POWER OF THE DOG’ TRAILER HERE

HBO’s Succession is up for five awards at the Golden Globe Awards including Best Drama TV Series next to LGBTQI+ drama Pose, Lupin, The Morning Show and Korean drama Squid Game.

Actors Brian Cox and Jeremy Strong are both up for Best Actor in a Television Series while Sarah Snook is up for Best Supporting Actress in a Series, Miniseries, Television or Film.

The third season of the drama series ended explosively and has already been renewed for the fourth season that is predicted to return in 2022.

In 2016, the Marry the Night hitmaker won the Best Actress in a Television Motion Picture Award for her role in American Horror Story: Hotel. She also won the award for Best Song in a Motion Picture for A Star Is Born in 2019.