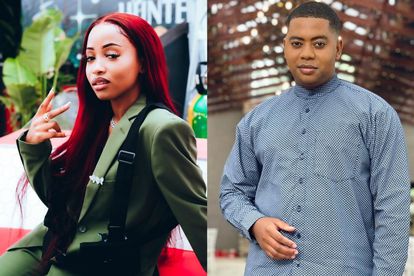 Uncle Waffles and ‘The Wife’s’ Linda Majola are two young entertainers who had a great 2021! Images via Twitter @unclewaffffles @majola_lindah

Uncle Waffles and ‘The Wife’s’ Linda Majola are two young entertainers who had a great 2021! Images via Twitter @unclewaffffles @majola_lindah

South Africa was filled with several viral moments and some of them included a few breakout stars. To close off the year we thought we’d round up some of the biggest breakout entertainers of 2021. Here’s a look at six entertainers who shook Mzansi up this year.

Uncle Waffles might’ve been the biggest breakthrough entertainer for 2021. The internet sensation rose to fame after a video of her entertaining a crowd at Mint the Venue in Soweto went viral. She captured the attention of Canadian hip-hop star Drake who gave her a follow after seeing her video.

Amapiano vocalist Pabi Cooper hit the amapiano radar when she released her single Isphithiphiti featuring Reece Madlisa, Busta 929 and Joocy in August this year. Since then she has travelled outside of South Africa’s borders and worked with the likes of DJ Maphorisa and Mellow & Sleazy. Although she hasn’t released an album yet, 2022 is going to be a big year for her.

Young Stunna commanded the attention of the South African music scene when he released Adiwele featuring Kabza De Small. The song made waves across the country and even hit number one on a few radio stations. The single was followed by the release of his debut album Notumato that created an even bigger buzz making him one of the top entertainers for 2021.

The Wife actor Linda Majola went from recording TikTok to appearing on the number one series on Showmax. His role as Langa on the telenovela is his first big role and Mzansi is in love with him and can’t wait to see him on television often.

SA hip-hop’s “new kid on the block”, Blxckie certainly made an impact this year with his hot bars and infectious personality. Since the release of his debut album B4Now, Blxckie has collaborated with the likes of Madumane and Nigerian sensation CKay.

KwaZulu-Natal-born singer Nomfundo Moh had been recording covers in her bedroom before finding success with her single Lilizela. Her afro-pop single Phakade Lami featuring Sha Sha and Ami Faku has also been a stand-out release for this year.

Nomfundo Moh rounds up this list of young entertainers who shook up Mzansi this year.