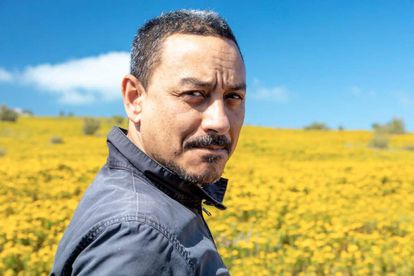 Lester Walbrugh has launched an anthology of short stories and is working on a novel. Image: Karavan Press

Lester Walbrugh has launched an anthology of short stories and is working on a novel. Image: Karavan Press

Walbrugh’s debut anthology is titled Let It Fall Where It Will and was published by Cape Town-based Karavan Press at the beginning of November. The book was officially launched on Saturday 21 November.

Walbrugh grew up and completed his schooling in Grabouw, his home town. He looked back on his childhood in his quiet Western Cape town with much fondness.

“We played in fields, climbed trees and swam in the streams well into our teenage years. However, Grabouw was a small community then and everyone knew everyone, which could be suffocating at times.”

Growing up there, and having not read stories he could relate, to gave him the inspiration to begin writing.

“I like to think that reading indiscriminately has helped my writing in general,” Walbrugh said.

After finishing his BSc degree at Stellenbosch University in 1997, Walbrugh travelled to the UK for two years, intending to see as many places as possible. He worked as a cleaner, barista, waiter and nightclub host, and even had stints in factories packing fruit to fund his travels.

Travel provided material for his stories

Japan, on the other hand, he describes as his second home. Having lived there for eight years, he said he still saw his friends there as a family.

Teaching English to children, housewives, businesspeople and university students allowed him to meet many interesting people, each with their own story.

He attempted to sell South African wine for a while to boost his income.

“However, I’m a better teacher than a salesman, and I finished the wine samples before I was able to sell them,” he quipped.

Walbrugh took third place in Short Story Day Africa’s annual competition in 2018 with his story The Space(s) Between Us, alongside great writers like Adam El Shalakany and Noel Cheruto.

“It was a huge honour to be mentioned alongside them. These guys don’t play. Adam’s story is still in my mind and I read it only once.

“They show the surface, basically give the bare story to the reader, but there is a magic that happens beneath it all,” Walbrugh said.

Let It Fall Where It Will is directly translated from the common Afrikaans saying, “Laat hy val waar hy wil”, interchangeable with “Cheers”, before having a drink.

“It [the expression] has a fatalistic feel to it, which I like. It also tied in nicely with the epigraph in the book from the Adam Small poem, ‘Die Here het gaskommel’.”

The stories in Let It Fall Where It Will deal with loaded themes such as race and sexuality. Walbrugh said the themes interested him, and that his writing helped him learn and understand them better.

“If people relate to it and if it somehow leads to some kind of change – more empathetic, or some better understanding of the experiences of others – in their thinking, or the ways they do things, then it is a bonus.”

Karavan Press publisher Karina Szczurek approached Walbrugh just over a year ago with an offer to publish a collection of his short stories. Szczurek is part of the team at Short Story Day Africa and over the past few years had become familiar with most of his work.

“I am fortunate that Karina liked it enough to take a chance on it,” Walbrugh said of his work.

In the countdown to the release of the collection, Walbrugh recently joined the team from the coming-of-age film Two Thirds of a Man, written and directed by his friend Earl Kopeledi.

“He roped me in to manage the production side of things,” he said. Walbrugh described it as guerrilla filmmaking and said along the way Kopeledi needed someone to fill the role of an over-protective father, so he stepped in.

“It is in the editing stage and we are very excited to see the final cut.”

Karavan Press launched Let It Fall Where It Will at Elgin Ridge Wine Estate, where Walbrugh was joined by local writer Bettina Wyngaard, who asked him a few questions about the collection and then opened the floor to the audience.

“The launch was brilliant,” Walbrugh said. “Everyone had a great time and felt welcomed, and I couldn’t have asked for better.”

With a debut novel in the works, this is not the last we have heard of this talented writer.

For more information about Let It Fall Where It Will, and the author, visit Karavan Press @karavanpress and Lester Walbrugh @KreefKerrie on Instagram.