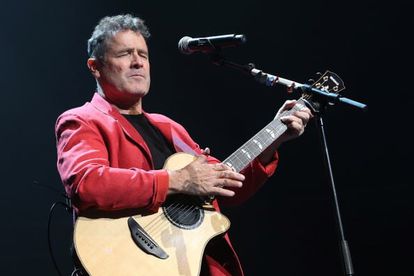 7 June 1953 will always be a day that something wonderful happened for South Africa. On that day, iconic musician, activist and anthologist, Johnny Clegg was born. From then on, Clegg built up a life and career that took the world by storm.

With such an incredible journey coming to a close in 2018 and his son Jesse growing his own career, we thought we would take a look at five of our favourite Johnny Clegg facts.

While Clegg is often seen as one of the musical faces of the anti-apartheid struggle, not many South Africans know that he was actually born in the United Kingdom.

Born in Bacup, Lancashire to an English father and Zimbabwean (then Rhodesian) mother, Clegg’s mother’s family were Jewish immigrants from Poland.

His parents divorced while he was still an infant. This then resulted in him moving with his mother to Rhodesia before moving to South Africa at age six.

While King of Pop Michael Jackson was in his popularity peak in the 80s, a Johnny Clegg show really rubbed him up the wrong way.

In 1988, Jackson travelled to the French city of Lyon to perform. He went on to cancel the show at the last minute as Johnny Clegg was performing in the same town and was an even bigger draw.

Clegg was, in fact, so big in France that his band Savuka, had an album (Sugarman) that went on to sell 1m copies in France alone.

“What happened to me in 1988 in France was an indication of what was possible: we were the biggest selling foreign act in France throughout 1988-89. Outselling Michael Jackson and Madonna, together.”

In 2014, Clegg was honoured with the Officer of the Order of the British Empire (OBE) for his “unique service to the arts, vulnerable people, children and democracy in South Africa.”

In 2012, Clegg was also recognised at home as he received the Order of Ikhamanga, the highest honour a citizen can receive in South Africa, from President Jacob Zuma.

Clegg’s love for and determination to learn elements of African music saw him arrested at age 15 for violating Apartheid-era laws that banned people from different races gathering after curfew hours. Clegg was first taught to master the Zulu language and maskandi guitar by Charlie Mzila,  a flat cleaner by day and musician by night.

Two years later, he met the man that would become his partner with the band Jaluka, Sipho Mchunu.

Cancer and one last tour

In 2015, Johnny Clegg was diagnosed with pancreatic cancer. The gruelling treatment of multiple chemotherapy runs took a toll on him and severely limited his show over the next few years.

With his cancer in remission in 2017, Clegg announced his “Final Journey” tour.

With medical procedures leaving him with “half a stomach and no gallbladder” the singer known for his emphatic dancing wanted to put on one last tour. While his body was failing, he wanted to go out with the same amount of energy that launched his career.

Currently playing shows from Dubai to the USA to Quebec Canada, Clegg has just a few more tricks up his sleeve before he bows out.

Of course, he is saying goodbye on his terms.