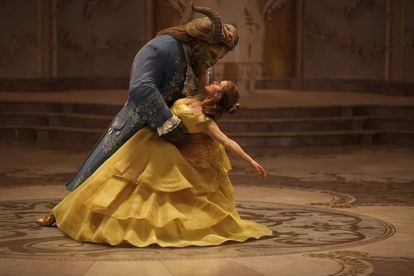 A behind-the-scenes look at the magic of everything that is Beauty and the Beast.

While English actor Dan Stevens portrayed the prince-turned-beast in one of the most anticipated movies of 2017, he’s almost unrecognizable throughout the movie. For most of it, he wore a CGI (computer-generated imagery) suit with motion-capture technology to capture the essence of it all in the live-action remake of Disney’s 1991 fairy tale, Beauty and the Beast.

Some behind-the-scenes videos of the 34-year-old Downton Abbey star wearing the suit while standing on stilts have been released to bless the internet and fans of the popular story.

As seen in a series of short clips, Stevens, in some puffy, weird-looking attire, awkwardly held Belle’s (Emma Watson) hand as they walked down a flight of stairs during their famous dance scene.

Best thing ever! I now want to watch the whole movie with @thatdanstevens just in the ugly suit. Love this movie more and more daily. pic.twitter.com/oXKQgZ077b

ladies and gentleman. i present to you what we've all been waiting for, dan stevens doing the facial and body capture for the beast. pic.twitter.com/YYYfuf1RE8

Some say Watson deserves an Oscar because how was it even possible to keep a straight face with all of this going on?

I finally can say that @thatdanstevens and I have the same body shape. pic.twitter.com/Yfaj5PydRx

“The Beast is this incredible kind of creation that Dan Stevens developed.” ❤️ pic.twitter.com/qhnhchG8Mr

Fans have been crying with laughter over the footage, but also praised Stevens for seriously committing to this role.

The footage is a part of several featurettes that will be released along with the DVD which will presumably come out in June.

It’s also been reported that the movie has been a box office ‘darling’ – and one of the few big hits of 2017 since it’s release on March 17.