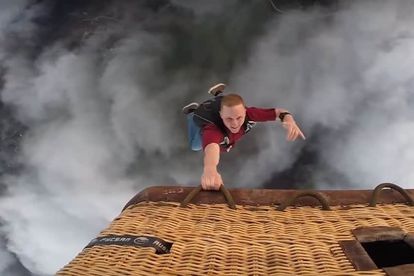 People are Awesome is probably one the best YouTube channels out there, and since their best of 2017 compilation is doing the rounds – it just got even better!

The Best of 2017 compilation features a range of stunts performed by different people. From golf tricks to more serious karate moves, you won’t believe the things people are actually capable of.

The video was posted on December 8, and already clocked in 892,873 views. Along with the post, the creators posted: “Here are the very best videos we featured in 2017! Huge thanks to everyone who submitted videos, and to Thirty Seconds to Mars for the perfect soundtrack – Walk on Water!

Watch People are Awesome the Best of 2017:

People are awesome in a nutshell:

What a spectacular way to showcase people and their awesome skills!

Watch more videos of People who are simply Awesome:

For those with a thirst for adventure:

NEED to try this ? #lakelife pic.twitter.com/wbIzBzOQCJ